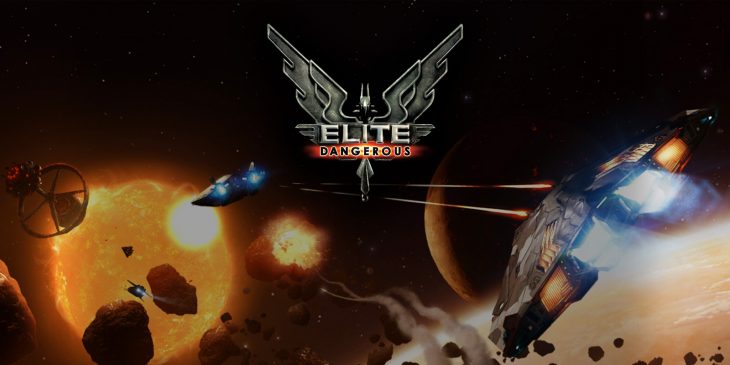 Frontier Developments have announced the release date for Elite: Dangerous on Playstation 4. The game has been available on PC since December 2014, Xbox One since October 2015, and now Playstation 4 players will finally have the chance to play the game from June 27, 2017.

Elite: Dangerous is a continuation of the popular Elite series and sequel to Elite: First Encounters, which released in 1995. The game takes the mechanics and concepts of those earlier Elite titles and brings them up to date, with the developer continually updating and improving the galaxy the game is set in, the Milky Way.

In Elite: Dangerous players are given a basic ship, and must carve their way through the galaxy, earning money in any way they can. Players are able to specialise in a number of different ways, such as an explorer, pirate or bounty hunter, and trader.

As an explorer, players can spend their money on better engines that will allow them to travel further into unknown space. Once there they can make new discoveries for the galaxy, finding new world that might hold essential resources.

As a pirate players will specialise with weapons and stealth, allowing them to sneak up on traders and destroy them, taking whatever cargo they had. Bounty Hunters will specialise in a similar way, but they’ll be out hunting for notorious players who are probably acting like pirates.

Traders, our final example, will need to buy larger ships with bigger holds so they can carry more goods. They might also find it useful to have better weapons in order to defend themselves against pirates, or if they have to travel through a dangerous part of space.

The real star of Elite: Dangerous is the Milky Way, a vast galaxy that players are still exploring. Space stations are littered throughout the systems, and offer up bounties to collect, vendors to trade with, and bays to customise ships in. As new worlds are discovered, and new sources of minerals and elements essential for crafting and trade, these stations can move or new ones will be built around these worlds. The economy of Elite: Dangerous, subsequently, is constantly changing, meaning players need to alter the way they play to ensure they have enough money to keep flying.

Related Topics: Elite: Dangerous, Frontier Developments
By Admin in: Wholesale Games Industry and Market News on May 17, 2017 at 7:21 pm