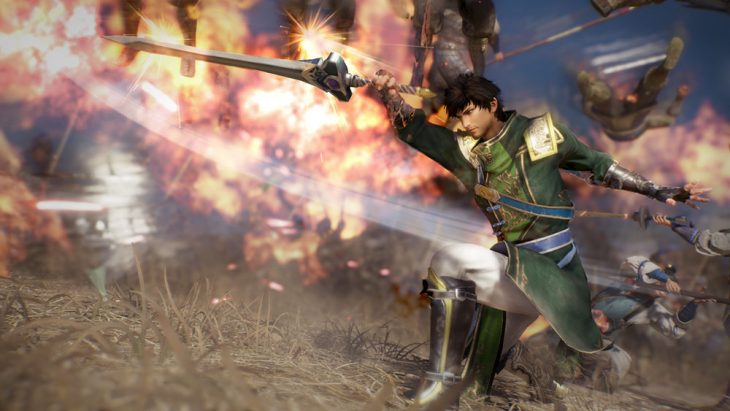 The latest game in the Dynasty Warriors series, Dynasty Warriors 9, will release in the UK for PlayStation 4, Xbox One, and PC on February 13, 2018. The game will be the first open world entry in the series, boasting that players will have the ability to smash armies with their overpowered swords until they decide to listen to your side of the argument. The game has had a Japanese release date of February 9th 2018 since its announcement.

UK fans of the Dynasty Warriors games were worried that they wouldn’t get to play this entry since no UK release date has been confirmed until now. Thankfully this news has set many minds at ease and it will open up the series to new players.

The Dynasty Warriors series started in 1997 and has spanned dozens of platforms with multiple spin-off titles amongst the ranks. The series has seen releases in a number of titles including The Legend of Zelda which released for the Wii U and is one of the only Zelda titles on the console.

Developer Omega Force have said that Dynasty Warriors will be the first game in the series to have an open world environment for players to explore. The map will be a traversable version of China that spans battlefields, towns, cities, and even people to interact with including bandit groups that players can fight.

The game will have 83 playable characters that have already been confirmed with a number of different movesets that players can take advantage of. Characters will be able to use a grappling hook to help them invade enemy fortifications with stealth approaches instead of attacking the enemy head on.

The game will also feature a day and night cycle that will affect how NPCs in the world patrol certain areas or where they are at certain times of the day. A dynamic weather system is also in place that will change the battlefield dramatically, as well as the new stunning visuals. The evolution of the series from 8 to 9 is quite a jump and should have a powerful draw to players new to the series.