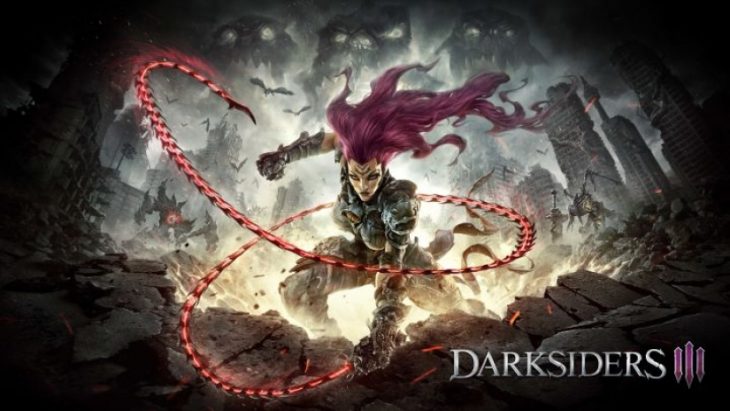 The third Darksiders game, featuring the sister of the previous two protagonists Fury, has been officially revealed.

The first Darksiders game released in 2010. War breaks out between Heaven and Hell on Earth, and War, of the Four Horsemen of the Apocalypse, find himself in the midst of the battle. After being killed and condemned for ruining the balance between Heaven and Hell, War returns to a post-apocalyptic Earth to find the one responsible for the upset.

The second Darksiders game, released in 2012, stars Death, another Apocalyptic Horseman and brother to War. Death believes War to be innocent, and sets out to erase the crime War is being punished of, as well as resurrect Humanity. The story takes place alongside the original game.

Little is known about Darksiders 3, but from the details given so far we can see that players will take on the role of yet another Horseman, though not one you’d expect. In the lore of the Darksiders games the last two Horseman, Conquest and Famine, have been replaced by Fury and Strife. Fury is the sister players will be controlling in Darksiders 3.

As far as story details go, Fury is being sent out, at the same time as War is being punished and Death is trying to resurrect Humanity, to destroy the Seven Deadly Sins. The Seven Deadly Sins are known as pride, greed, lust, envy, gluttony, wrath, and sloth. There have been representations of the sins in video games before, most notably in Dante’s Inferno which portrayed Gluttony as a seething mass of mouths that ate the souls of sinners.

The gameplay for Darksiders titles has always been hack and slash style combat, with large open areas for players to explore and fight though in each level. Darksiders 3 appears to be no different, as is shown by the recent gameplay reveal. While QTEs may feature in the combat it’s the exploration, loot, and unlockables that keep players grinding through the games.

The games have always had epic bosses with gruesome finishing moves the likes of which are worth of God Of War, hopefully we will see these and more return when the game launches in 2018.

Related Topics: Darksiders 3, THQ Nordic
By Admin in: Wholesale Games Industry and Market News on May 7, 2017 at 7:53 pm