Call of Duty: Black Ops 4 set to be a Battle.Net exclusive 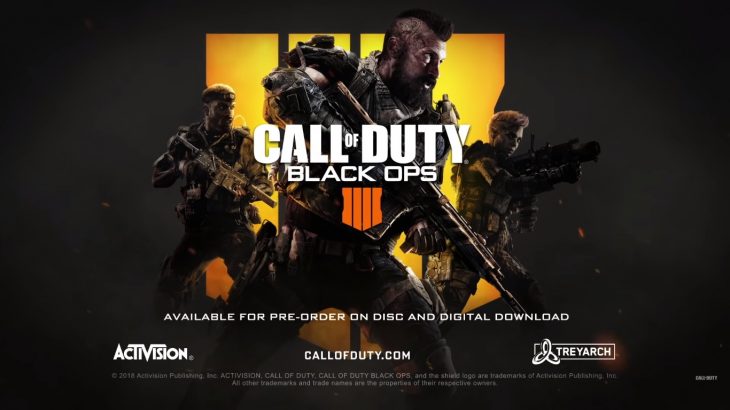 Activision have announced that the PC version of their upcoming release Call of Duty: Black Ops 4 will not be available for purchase on Steam. Instead, the game will be exclusive to Blizzard’s Battle.net.

The move appears to be part of a trend among big publishers to encourage gamers to make use of in house streaming platforms rather than Steam. Destiny 2, another huge Activision release, is also a Battle.net exclusive, while EA have begun pushing their Origin platform and Ubisoft appear to have plans to develop their Uplay storefront in a similar direction.

Activision have also confirmed that Black Ops 4 will not have a campaign mode. Their focus, instead, appears to have been the development of a new Battle Royale format known as Blackout.

Blackout, clearly intended to compete against existing Battle Royale behemoth Fortnite, will allow players to compete to be the “last man standing” in huge environments that echo past Black Ops games. Classic Black Ops weapons have been promised and gamers have also been told they will be able to navigate the space in air, land and sea vehicles.

Whether the addition of Blackout and tweaks to the control system that seek to realign the game with mouse and keyboard control will be enough to restore Call of Duty to its previous level of popularity on the PC remains to be seen.

The franchise has been on decline on the PC for a number of years but Activision will hope that features of Battle.net like a party system, chat and voice features will help rekindle its former glory.

It is, unquestionably, a gamble to remove Call of Duty: Black Ops 4 from Steam. However, last year’s Call of Duty: WW2 was greeted as a return to form for many and the CoD brand remains a big name.

Black Ops 4 is set to release on October 12, 2018 and will hope to gain some traction in the market before Red Dead Redemption 2, the most anticipated game of the year, hits the shelves the following month.

Related Topics: Activision, Battle.Net, Call of Duty Black Ops 4
By Admin in: Wholesale Games Industry and Market News on May 18, 2018 at 8:39 pm