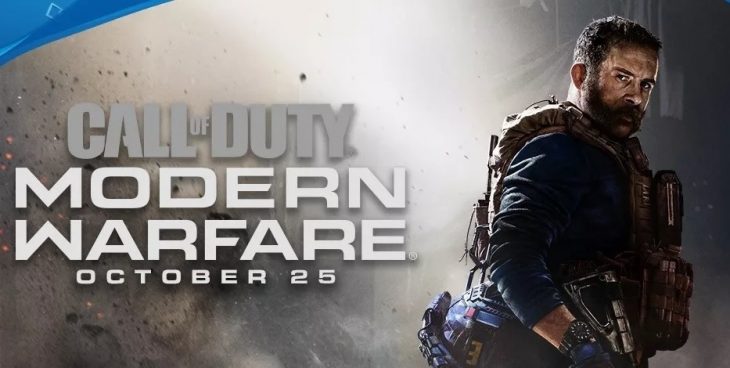 A number of games were revealed during the course of E3 2019, and more had their release dates confirmed. Of all the games present at the event, it was Call of Duty: Modern Warfare, and Pokemon Sword and Shield that led the pre-orders for Gamestop.

Gamestop have released their top 10 chart for the top pre-ordered games that were featured at E3 2019, out of a list of more than 200 games. While the top 10 list features a number of games that were revealed ahead of E3, they all still had some presence at the event.

Thinknum, a data gathering and analysis company, released a study last week that showed Final Fantasy 7 Remake Deluxe Edition had led Gamestop’s online E3 pre-orders, for the period from the 10th of June to the 14th. The second best-selling game in terms of pre-orders for the period was Gears 5 Ultimate Collector’s Edition, followed by The Legend of Zelda: Link’s Awakening Dreamer Edition.

Cyberpunk 2077 was the fourth most pre-ordered game, ahead of Borderlands 3, most likely because of the huge amount of positive press the game has seen surrounding Keanu Reeves’ character reveal.

Crash Team Racing: Nitro-Fueled was the tenth most pre-ordered game for the period, which is impressive given that the title has been available to pre-order for some months now. The game clearly has a strong fan base eager to jump back in to a game they remember, with fully updated visuals, as well as a host of new players who want to experience what these veterans believe is so good about Crash Team Racing.

Gamestop have expressed that they saw an increase in pre-orders during the course of E3 2019 of 63 percent. These pre-orders were specifically for new titles, and therefore probably don’t include pre-orders for other titles not featured at the event, such as Death Stranding.

The top 10 most pre-ordered games at Gamestop shown during E3 2019 week are as follows.