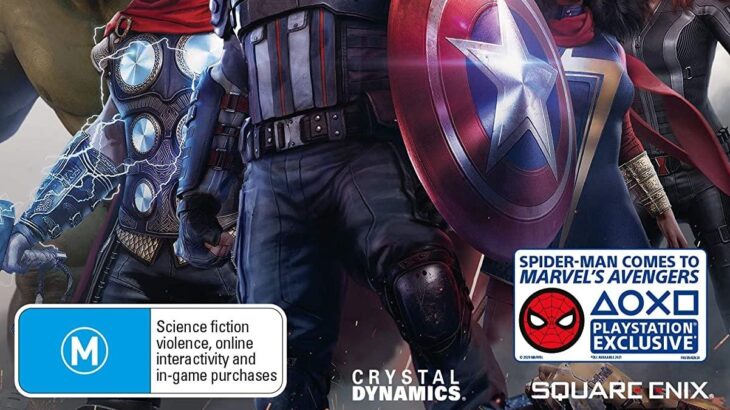 The Australian Certification Board is ensuring that parents, and consumers, are aware of the content in the games they buy. The latest move sees all games that contain in-game purchases to declare them on the box, allowing anyone to clearly see that they are a part of the experience.

The change was picked up by Reddit users, who noticed that Marvel’s Avengers, from developer Square Enix, features such a warning. The box also has a classification symbol, which includes some additional text in conjunction with the game’s age rating.

Using Marvel’s Avengers as an example, the classification description is, “science fiction violence, online interactivity and in-game purchases”. This clearly covers everything in the game that someone might want to avoid, particularly parents.

Australia brought in warnings for in-game purchases last year. One of the earliest games of note was FIFA 20, which launched in August 2019. This is clearly a step taken to avoid issues with people spending beyond their means in games, and parents ensign up with huge bills for purchases their children have made.

While the classification may have been in place for a year or so, the requirement for the listing to be noted on the box is new. It’s thought that all games submitted for approval from May will have this new requirement, meaning all releases from September onwards will feature the new system.

A total of 18 games have been assigned the in-game purchases warning since the requirement came into place.

The Australian Certification Board has yet to clarify exactly what the new requirements are for this warning. PEGI, the European Ratings Board, has been adding these warnings to boxes for the past year.

The ESRB has actually expanded this practice to include a content descriptor for loot boxes and monetisation mechanics. With more games featuring such mechanics, it’s likely that more and more of these warnings are going to start appearing.

Related Topics: Australia
By Admin in: Wholesale Games Industry and Market News on August 19, 2020 at 3:00 pm