The new game takes the series from Norway to England in the eighth century, following a viking colony who make the move to settle in a kingdom in England. However, not all seems to be well, since one of England’s kings is plotting a war against the new viking settlers.

While no gameplay footage of Assassin’s Creed Valhalla has been revealed just yet, we do know a little about what players will be doing in it. The protagonist will be part of a colony that moves to England, hoping for a more bountiful life there.

Players will be the active component in strengthening the settlement, gathering new people to come and live there, and helping integrate it with the locals. While these vikings will be friendly, there will still be raiding parties from Norway that will harm the player’s relationship with the English.

As a result, at least one English king starts a war with the vikings. If the game follows a similar pattern to Assassin’s Creed Odyssey, this will mean that players can kill enemies from both sides of the war, switching between them when it suits them. This can also be used to turn the tide of war when advantageous, should players want to manipulate the world in that way.

The game brings back the hidden blade, a signature weapon of the Assassins, but how this tribe of vikings links up with the secret order is a complete mystery so far. No doubt there will be some link to the original game, which also had some missions set in England.

There are a lot of theories about the game being touted by fans, but Ubisoft is staying quiet on the details for now. Some marketing materials mention friends, indicating that co-op, or at least multiplayer, could be a function in the game.

The game is set to launch holiday 2020, alongside the next-generation consoles. The trailer boasts a lot of Xbox Series X logos, indicating that it will be a launch game for the platform. The game is definitely releasing for PC, Xbox One, and PlayStation 4, and has since been confirmed as a launch title for PlayStation 5 and Xbox Series X. 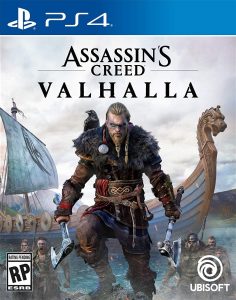 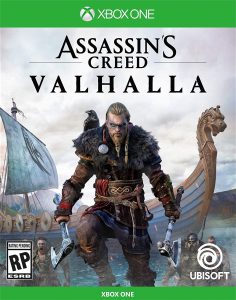