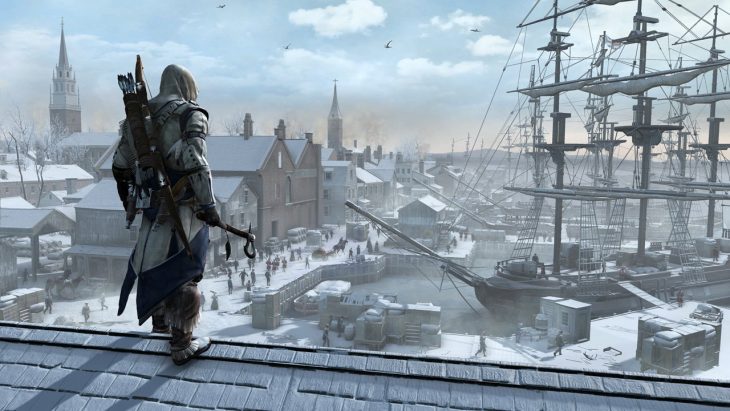 Assassin’s Creed 3 remastered will include the base game of Assassin’s Creed 3, all of the DLCs for the game: Benedict Arnold Missions, Hidden Secrets Pack, and the Tyranny of King George expansions. The game will also come with Assassin’s Creed 3 Liberation Remastered, a title that was originally only launched on the PS Vita before seeing a HD release on PlayStation 3.

All gameplay aspects, including ergonomics and mechanics, have been improved for the remastered release. On PC the game will have higher resolution textures as part of a new graphics engine, as well as many other enhancements to the graphics.

Assassin’s Creed 3 Remastered will launch first for season pass holders of Assassin’s Creed Odyssey, but will also launch as a standalone title available for consumers to purchase on digital stores.

Assassin’s Creed 3 was the first game to introduce the Kenway family to the franchise. As Connor players took on Templars during the American Civil War, spanning a huge portion of the character’s life, even introducing his father in the beginning.

The game’s naval sequences, which were few and far between, were so well received that Ubisoft based the next title, Assassin’s Creed 4 Black Flag, around that gameplay entirely. The final game in the Kenway trilogy is Assassin’s Creed Rogue, which saw a remastered release earlier this year.

While Assassin’s Creed 3 was a step up from previous games, many said it felt like a reskin of previous titles, with little innovation. This is no doubt what spurred Ubisoft into creating such a different title with Assassin’s Creed 4: Black Flag.