This week Ubisoft announced that Assassin’s Creed 3 Remastered will launch on the 29th of March 2019. The game is set to launch alongside the remaster of the initial PS Vita exclusive, Assassin’s Creed 3: Liberation.

Assassin’s Creed 3 Remastered features 4K visuals and support for HDR. Not only have textures been replaced with higher-resolution versions for current consoles, making the game look far better than it did, the controls have also been improved to better suit the gameplay and controller ergonomics.

Assassin’s Creed 3 remastered comes packaged with all of the DLC which launched for the original game. This includes the Hidden Secrets mission, Benedict Arnold, and the trio of the Tyranny of King Washington expansions. The King Washington expansions were renowned for being one of the first DLCs for an Assassin’s Creed game to take true liberty with history in an alternate timeline, as well as being one of the buggiest DLCs launched by Ubisoft.

Assassin’s Creed 3 hosted several naval missions which formed the basis of the next game in the series to launch, Assassin’s Creed 4: Black Flag. While many people argued that the core gameplay was tired and repetitive, everyone agreed that these missions were a highlight, and they sparked the formula of change that has resulted in Assassin’s Creed Odyssey being what it is today. 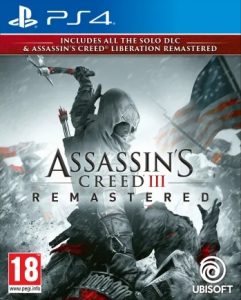 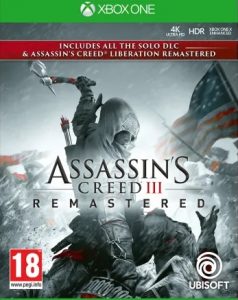