Sledgehammer Games is video games developer based in Foster City, California. It is an independent, wholly owned subsidiary of publisher Activision Blizzard. Together with Infinity Ward, Sledgehammer Games is co-developer of Call of Duty Modern Warfare 3. It was also developer of Call of Duty Advanced Warfare on PC, PS4 and Xbox One. The PS3 and Xbox 360 versions of the game have been developed by High Moon Studios. Sledgehammer Games was founded in 2009 by industry veterans Glen Schofield and Michael Condrey, who came from Visceral Games, where they were involved in creation of Dead Space video game. 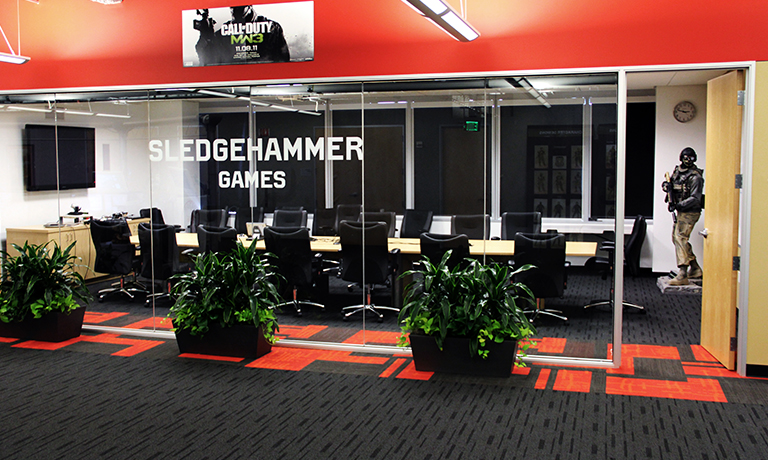