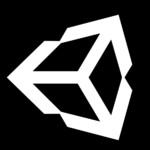 Unity Technologies is a developer of video games based in San Francisco, California, United States. It was originally founded in Denmark in 2004 by David Helgason, Nicholas Francis, and Joachim Ante, as Over the Edge Entertainment (OTEE). The company changed its name to Unity Technologies in 2007. The company is best known for its Unity game engine, used for developing 2-D, 3-D, VR, and AR simulations.