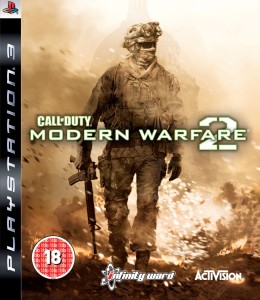 The main character here is Gary “Roach” Sanderson, commanded by “Soap”, who was present also in the previous version of the game, Modern Warfare as Gary joins a multinational anti-terrorist squad out to stop Russian ultra nationalists. The main character is to fight Russian nationalists. The gameplay features a wide range of locations including Russia, Afghanistan, and Brazil, as well a snowbound climb and high speed descend on a snowmobile. The multiplayer adds more features such special co-op mission, more levels and maps, cinematic action, and much more.