The article describes how to buy PC and video games from wholesalers and sell to your customers. Trading video games can be quite profitable. There is a wide range of businesses involved in this, from tiny online stores to large national retail chains. The entry is relatively easy and does not require much initial investment. Many have started by trading on Ebay, or by opening a shop on Amazon, or launching a simple website of their own. Many have not grown further, but there are a few who managed to increase their trade and become successful businesses.

Who can Trade Games

Because of easy entry, the industry of trading video games is very competitive. There is a large number of individuals and companies who at some time try to enter this niche. Another reason, many people, who like playing video games, assume that trading them would be as easy and as much fun as playing them. This is a common misconception, in reality trading video games is a hard job, and it requires certain skills and knowledge, like trading any other products. Luckily, good knowledge of video games, i.e. product knowledge, does help significantly. There is over 10,000 titles of video games available in the market, of which, around 2,000 titles are actively traded at any point of time, and good knowledge of games and their specifics, helps to sell them better.

Good product knowledge is not enough though, in order to be successful, one also needs skills and knowledge in marketing, sales, buying, and at least basics of accounting and finance.

One of the ingredients to successful trade is to have good suppliers, who can offer a wide range of products for good prices. Wholesale business is quite saturated and competitive, there is a wide range of suppliers in the market, including brick and mortar traditional wholesalers with their own warehouses, and virtual dealers who do not keep stock. This later are intermediates between stock keeping wholesalers and buyers. There are many specifics and nuances on how to approach potential suppliers, how to establish good trade relationship and obtain good prices. In a nutshell, the necessary steps include: 1) researching and finding a list of potential suppliers; 2) preparing a brief introduction of your company and a request for stock list and prices; 3) assessing the stock lists from those who have responded, requesting application forms for opening accounts; 4) requesting a credit limit and negotiating a better price band if available.

Stock or not Stock?

There are two considerably different approaches on stocking the goods. Traders who do not stock the goods tend to buy stock after they have already pre-sold it to their customers. This allows to save on storing costs and, in a way, guarantees the sale. Major drawback is that there is a risk, after pre-selling an item, not to be able to buy it in a reasonable time because the item might be sold out at your suppliers. Such traders try to have as many suppliers as possible to overcome this issue, which makes them sporadic and irregular buyers, and suppliers tend to appreciate them less as customers.

More traditional way is to first buy and store items and then sell them. Such buyers have a steady flow of orders to their suppliers, they are appreciated as being better buyers, and manage to get better prices from suppliers. Such traders are also more reliable for supplying their customers because they sell what they already have in stock. 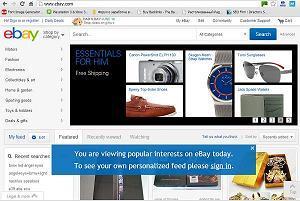 There is a number of places where traders can sell the games for commercial gain. One of the most common and easy places to start is Ebay. Traders can open free accounts, take orders, accept payments by PayPal or credit cards. Buyers have possibility to rate traders and leave reviews about their service. Based on buyers feedback, traders gain scores, which indicate both the number of people who provided the scores and the percentage of buyers who thought their service was good. A high score on Ebay, especially gained from a large number of customers, is a good asset, it is trader’s reputation, which can be capitalized by providing its owner an increased sales. Another sales platform is Amazon. This is a paid service for traders. They need to pay monthly fees to keep their store on Amazon. In addition Amazon would collect commission on every transaction, plus there will be additional fees if trader chooses to use Amazon’s Fulfilment Service. 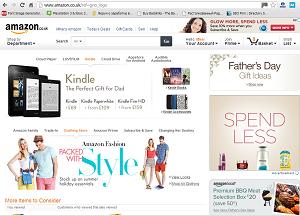 Many traders would launch their own website, usually an e-commerce store (e-store) to sell their products. E-commerce websites can be ordered from web developers, or web literate traders may chose to develop their own web store themselves. There are many software packages in the market that allow to do this with relatively modest knowledge in web programming. Some of these packages are free, such as for example Presta Shop or Opencart, which are quite good e-store CMS software, though their free versions are quite basic, and most of the e-stores would also require additional features, called add-ons, which are not free and are sold for a price.

Any e-store needs to be promoted in order to attract customers, including SEO for getting better positions in Google’s search results, or/and advertisement on Google’s AdWords for getting pay-per-click visitors. With an increasing competition it is generally getting more difficult and more expensive to promote e-stores. There are only 10 results on the first page of a search engine, and there are thousands of stores who compete for appearing on that first page. Your site has to compete with Amazon, Game, Play, and other Internet monsters, as people tend to buy mostly from sites that occupy the top three to five results on the search results page. Websites that are not on the first page are missing up to 90% of visitors, and have very small potential for selling. Plus, information websites, such as Wikipedia, IGN, and few others may usually take couple of top places on the first page with an informational description of the product, which leaves even less available space on the first page.

Traditional brick and mortar stores also get significant competition nowadays. Even large retail chains such as Game, Blockbusters, Best Buy, and Comet, are facing tough times. Some traders can take advantage of opening a local video game store for a local community, but with increasing reach of online giants such as Amazon, it is getting increasingly hard for traditional shops to compete.

The best strategy, especially for a small trader, is finding a relevant niche, where he/she can be competitive. This can be either a specific range of games, or supplying a specific geographic region, or, especially in online sales, supplying some specific social groups. An e-store has a much more selling potential if it is connected with a successful online resource, for example a successful blog, or a web forum, or an information website that already has significant audience. The role of social media sites, such as Facebook, Twitter, Reddit, and others are becoming increasingly important in online marketing. A successful relevant social group on Facebook or a group of followers on Twitter may create significant number of potential customers and leads. Both Facebook and Twitter allow segmentation of audience hence giving opportunity to serve a relevant niche.

It is very difficult to compete on mass products with the giants, they would most probably provide a better price, and a wider distribution. It is always possible though to find a niche that they have missed. Clever trading is avoiding tough competition by finding opportunities that larger and stronger competitors have missed and using them. This allows sailing into more quiet waters of niche competition rather than struggling in storms created by large players.

Selling video games is a difficult business nowadays, but it is also interesting and fun. A creative entrepreneur has a lot of opportunities using good knowledge and skills to build a successful business, compete in the marketplace, and grow.

Find, verified, high quality wholesalers and distributors in our suppliers directory.
By Admin in: Trade Information on June 6, 2013 at 12:01 pm