Red Dead Redemption 2 launched last week to many positive reviews and comments from fans and critics alike. The game has been highly anticipated for the last two years, ever since it was announced at an E3 press conference. The game is a prequel to the original Red Dead Redemption, which launched in 2010 and saw the addition of a Zombie-flavored spin-off DLC that is still hailed collectively as the best wild west title ever released.

Metacritic: 97
The game has an aggregate score of 97 on Playstation 4, made up of 80 critic reviews, all but one of which are positive, with the only one that isn’t presenting a mixed review. On Xbox One the game’s aggregate score is also 97, this time made up from 29 critic reviews, all of which are positive. Users have rated the game at 7.6 out of 10 for PlayStation 4, and 6.8 out of 10 on Xbox One, however more users on PlayStation 4 have presented their opinion, which seems to be positive overall, while Xbox One users show a mixed front on the game.

The Guardian: 5 out of 5
The Guardian praise Red Dead Redemption 2 as a watermark for lifelike video games in the future to measure themselves against. The title boasts an expansive story that’s not afraid to take its time unravelling, with a number of unexpected twists and turns to keep things interesting. They focus mostly on how well the game has been crafted, and that it presents a sombre but fully realised vision of both the world and time it’s set in. They hint at how hard Rockstar have worked on the project, referencing the 100 hour weeks that made news last week briefly, but even those stories didn’t seem to affect their opinion of the game.

The Guardian: “Gripping western is a near miracle.”

Gamespot: 9 out of 10
Gamespot, much like The Guardian, highlight Red Dead Redemption 2’s story as the focal point of their review. They talk in detail about how Rockstar hasn’t been afraid to tackle big issues that were present during the time period, such as racism, and show the swan song of the wild west through the eyes of a gang on the run. They say that while protagonist Arthur has a story to be told, the game uses him as more of a lens through which the world is viewed, allowing the other characters players come across to be developed in far greater detail than you’d expect in an open world title.

IGN: 10 out of 10
The game received a perfect score from IGN. The outlet points out just how vast the open world is, yet filled to the brim with activities which make it seem even more vibrant, transforming locations into fishing holes, hunting grounds, or places to lie in wait to rob passers by. They point out new mechanics which have been introduced to make the game more realistic, such as a set of core values that players need to keep on top of. For example, if players don’t make Arthur eat often enough he’ll become underweight, and the opposite goes for eating too often. In order to survive in harsh weather, be it cold or hot, players need to choose Arthur’s clothing appropriately or suffer the consequences, much like in real life.

Gamespot: “Yee (and I cannot stress this enough) haw.”

Amazon: 4.5 out of 5 Stars
Customers have given Red Dead Redemption 2 a score of 4.5 out of 5 across both Xbox One and Playstation 4. Only 35 Xbox One customers placed a review while 124 Playstation 4 users reviewed the game. Many of the scores at the lower end of the spectrum seem to be from players expecting something more exciting, complaining about how long it takes to install the game, and then how slow the start of it is. Given that the original had a slow start building to a climactic crescendo of bullets, blood and gunpowder, it’s easy to think that most consumers would understand this title would be similar in pacing. However, given that this title has had more marketing behind it for the last two years, many players will be entering it for the first time with Red Dead Redemption 2, and unfortunately it’s not for everyone.

Eurogamer: Recommended
Eurogamer gave Red Dead Redemption 2 their middle score for games, Recommended, which isn’t quite an essential purchase but certainly shouldn’t be avoided in their opinion. They believe, like many, that this is the richest world Rockstar has ever built for a game. From the different biomes found across the vast map, to each individual activity that can be found simply by trotting along a dirt road on horseback, this is a truly well-crafted game that’s designed to provide a fullness in every single area that no other game can match. However, Eurogamer also point out that since the original launched other titles have come along to present intricately designed worlds with writing that goes far beyond what’s ever been seen before or since in video games, such as those in The Witcher 3: Wild Hunt. As such, this isn’t Rockstar’s greatest game ever made, but it’s one that raises the bar for every open world title to come from now on.

IGN: “A masterpiece. Red Dead Redemption 2 is a game of rare quality; a meticulously polished open-world ode to the outlaw era.”

Giant Bomb: 5 out of 5
Giant Bomb have praised Red Dead Redemption 2 for what they see it as, a masterpiece in open world games. Everything from the improved Dead Eye mechanics to the emergent storytelling that allows players to carve their own path through this world is breathtaking. However, they see the game as marred by the stories that have come out over recent weeks about employees being overworked and forced into a Crunch that’s beginning to become the bane of the games industry. They discuss how, while they love the game itself, they’re torn between recommending it and suggesting that their readers avoid it in order to provoke a change in Rockstar as a developer.

Some analysts were unsure of the effect that news surrounding the development crunch culture at Rockstar would cause. It seems as though at least some reviewers are firmly against the game based on the fact that people were forced to work so hard to produce it. Some scores, where the reviewers have given 9 out of 10 or Recommended instead of Essential, feel as though they’d be higher if the controversial news had never come out. With that said, everyone agrees that Red Dead Redemption 2 is a terrific game in all aspects, and with Red Dead Redemption 2 Online releasing in a few weeks it’s only going to become more popular and sell even more copies, unless further detrimental staff stories are published between now and then. 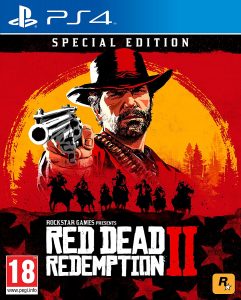 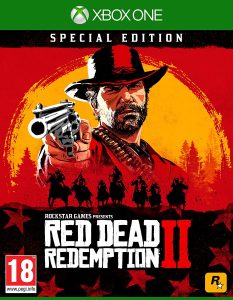