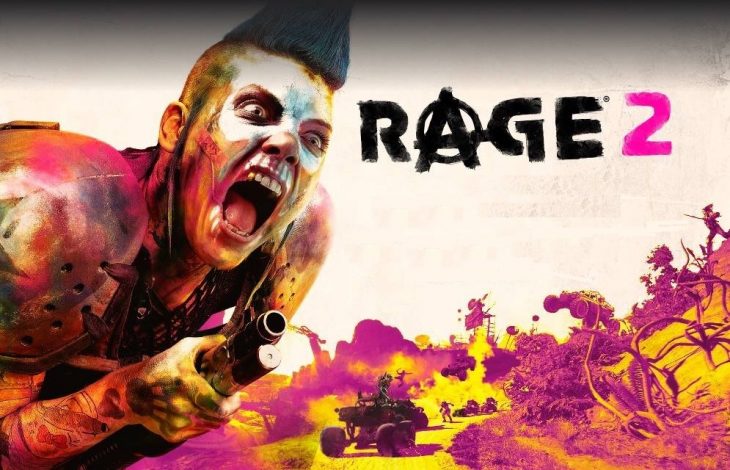 Rage 2 is Bethesda’s latest shooter title to hit all major platforms. Unlike games such as Prey, Doom, and Wolfenstein, Rage 2 takes both colour and madness to new extremes, bringing jokes to the forefront in favour of world-building or story.

Rage 2 is the sequel to 2011’s Rage, which went largely unnoticed due to a number of other big releases launching at the same time. The original Rage was plagued with disappointment for fans of Bethesda’s other franchises, but Rage 2 seems to fix those problems and deliver even more for shooter fans today.

Metacritic: 67 out of 100
At the time of writing Rage 2 has a score of 67 on Metacritic on PlayStation 4, and 73 for both the PC and Xbox One versions of the game. On PlayStation 4 the game received 12 positive, 25 mixed, and 2 negative reviews. On PC positive reviews number 29 against 15 mixed reviews. Finally on PC the reviews are fairly evenly matched with 8 positive to 7 mixed.

The one thing all the reviews have in common is that they praise the game’s combat. The general feel of shooting and driving around attacking enemies in the game is the best it has to offer. Rage 2’s the other elements, the story, side quests, and lighter elements that pale in comparison to what is clearly a shooter from a developer that has perfected their craft in making FPS games.

Eurogamer: “sparkling combat is let down by a hollow open world.”

Amazon: 4 out of 5 Stars
The most reviews available for Rage 2 on Amazon are for the Playstation 4 version, with a total of 10. Six of the total ten reviews give Rage 2 five stars, each of which lists the game’s shooting as some of the best of this console generation. The four star reviews use the story as a reason they didn’t award Rage 2 a perfect score, and the 2 star review cites only the fact that the visuals aren’t in 4K as the reason not to purchase Rage 2.

Eurogamer: 3 out of 5
While Eurogamer don’t give review scores they do provide an accurate picture of their view of each game. With Rage 2 they say that the core moments and aspects of the game Bethesda were so keen to show off before it launched are the blandest. The vibrant colours and crazy characters do little to hide a boring and repetitive wasteland that provides little in the way of diverse gameplay experiences.

They do say that the quieter moments away from the larger areas of the game, where side quests and exploration will take players, provide some brilliant moments. However, these moments are few and far between, and the overwhelming feels is that more of them would have created a better Rage 2.

Gamespot: 6 out of 10
Gamespot praise Rage 2’s combat for just how enjoyable it makes the moment to moment gameplay, for as long as it lasts at least. Between the combat they say the world is bland and contains little to do to keep players occupied, leading them to journey from quest to quest and actively avoid exploration. In fact they say that the main quest ends well before it was expected to, leaving much of the world untouched.

Gamespot also say that Rage 2’s story leaves much to be desired, with many key characters feeling bland and uninteresting. Side activities and quests are a fun distraction, but none provide enough time spent in combat to truly flex the explosive abilities the player is given throughout the game’s story. This lack of lengthy combat sequences also hinders Rage 2’s superb upgrade system, which leads to some meaningful differences that can turn the tide of battle in many instances.

IGN: 8 out of 10
IGN echo the views of almost everyone when it comes to Rage 2’s combat, pointing out just how well executed it is alongside the on-foot and driving segments. They call Rage 2 the antidote to Far Cry style FPS RPGs, those that have worlds overstuffed with activities and collectibles. IGN say that, while Avalanche have a way to go before they’ve perfected their open world building, Rage 2 has a good smattering of activities and side quests on offer that push players from combat scenario to combat scenario, where the game feels most interesting.

The Guardian: “Scintillating action in a trite wasteland.”

The Guardian: 3 out of 5 stars
The Guardian say that the combat is the strongest aspect of Rage 2, but unlike other reviewers they say that when it is used in combination with vehicles it’s rather poor. They point out that the abilities players gain add a real sense of progression to the title without sacrificing the challenge of combat encounters.

Unfortunately it seems as though The Guardian’s reviewer had a problem with many parts of Rage 2 due to game-breaking bugs, such as not being able to upgrade weapons beyond a certain point. Ultimately they say that in spite of the range of colours and dynamic activities Rage 2 gives players, the overwhelming sense is of a bland, brown title.

Trusted Reviews: 4 out of 5 stars
Unlike most other reviewers Trusted Reviews believe that Rage 2’s world is vibrant and eye-catching as opposed to something used to hide a lack of content. They add that the weaponry is brilliant, offering a wide range of tactics that can be employed in the near-flawless combat experiences. What Trusted Reviews say lets Rage 2 down is a lack of activities in the massive open world, which isn’t helped by the poor driving controls and small range of uninviting vehicles. Finally they add that hidden abilities and collectibles scattered around Rage 2’s open world actually harm the flow of the story and overall gameplay experience, taking players out of the enjoyable elements of the title to pour hours into others that are far from the best bits in Rage 2.

Videogamer: 7 out of 10
Videogamer found Rage 2’s combat, and accompanying superpowers that spice said combat up, the highlight of their time with the game. While they also say that the open world is one of the weakest elements of the game, they felt that after a time the combat can become dull and repetitive. They add that the protagonist is simply a talking version of Doomguy, one who almost ruins the experience by pointing out what is clearly expected of the player as they fight their way to the end of the story. Even with its bad points, Videogamer recommend Rage 2 because of how fun it is to take on a base of enemies, creating an intense combat situation that is always guaranteed to be fun and satisfying. 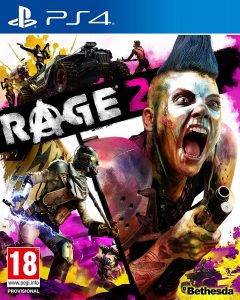 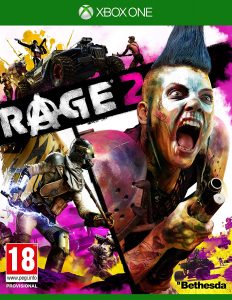 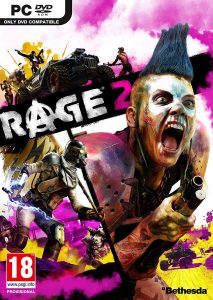