Monster Hunter World, the latest game in the Monster Hunter franchise, released today. The game boasts a rich open world with a number of monsters to hunt across a range of different quest types. For the first time in the series all environments are linked together, avoiding the long load times between hunts. As to how enjoyable the game is the reviews have been incredibly positive so far, let’s see what press outlets had to say.

Metacritic. Review aggregator Metacritic currently list the PS4 version of Monster Hunter World with a metascore of 91 out of 100. At the time of writing this score is based on 47 individual reviews and indicates “Universal acclaim” for the game. All 47 critical reviews were classed as “positive” by Metacritic and there were no any “negative” or even “mixed” scores, placing the game in an outstanding score band. Interestingly Metacritic’s User Score was also very high at 8.1, quite high user score, which usually tend to be significantly less than critical scores.

IGN: “Bold and newly beautiful, this RPG demands to be played on its own terms. One of the most consistently exciting, satisfying, and gratifyingly absurd games I’ve played.”

Gamespot gave Monster Hunter World 8/10. They say that this is the best game in the series since Monster Hunter Generations, bringing the most seamless Monster Hunter experience ever to fans and new players to the series. The integrated open world aids the story-telling which is probably at the best it’s ever been. The core mechanics of the series have been fine tuned to become both easy to understand and give the player the ability to min/max every item that goes on their character.

IGN gave the game 9.5/10, saying that while the game can require a huge amount of commitment it’s also the most accessible the series has ever been. The game is enticing and addictive thanks to the gratuitous gameplay loop players are taken on with each hunt. Changes have been made that improve the quality of life, crafting for example has been streamlined to make it easier for players to work out otu what armor and weapons will suit them best for hunting different creatures. Other aspects of the game, such as cooking, have improved to make it more obvious how they aid the player.

Eurogamer: “Monster Hunter opens up for the most accessible, most detailed and most magnificent entry yet.”

Eurogamer gave the game an Essential, which is the top review score that they give out. They praise the game for its level of content and sheet replayability. The campaign alone is said to take around 50 hours to complete, with a huge number of side hunts and other activities to complete. Even once the core of the game is finished there are harder variants of the game’s main monsters to hunt, making for for an endgame that allows players to work for the best and hardest to obtain gear without feeling as though they’re repeating everything.

VentureBeat: “Beautiful and rewarding no matter how you play.”

VentureBeat gave the latest Monster Hunter 90/100, saying that they really enjoyed the way the game brings players together. The difficulty of each hunt increases with each new player that joins in, with up to four being able to take on each one, and up to six in the free roam open areas. Players need to work together, using different weapons, support tactics, and traps to take down the biggest, strangest, and most stunning monsters in a Monster Hunter game to date.

Destructoid gave the game 9/10, and said most of the same things that other outlets are saying. However, they said that everything in the game comes to a head in the new boss monsters, which are battles of epic proportion where Monster Hunter World really comes into its own. 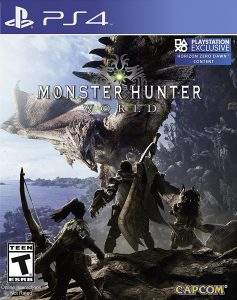 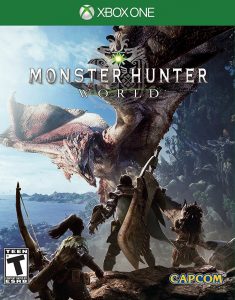