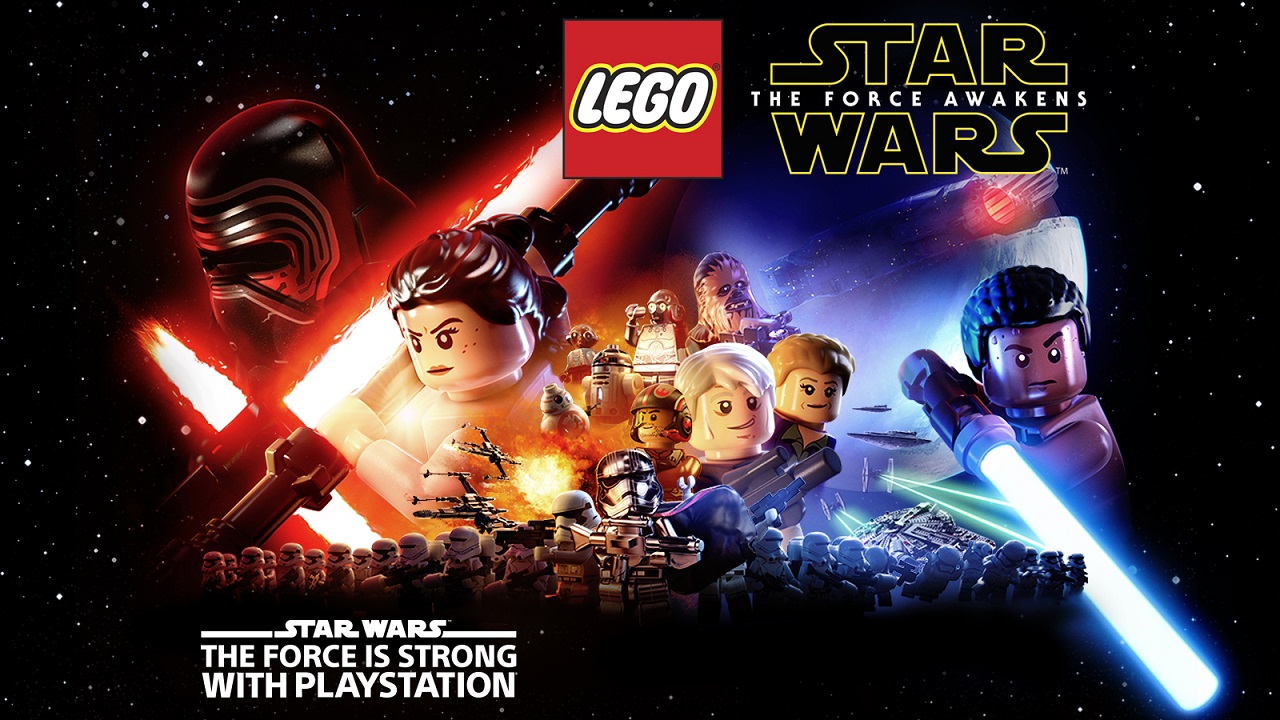 Overall, reviewers were impressed by Lego Star Wars: The Force Awakens. Though the game appears to stick to a well-worn formula, reviewers found it fun to play and felt it made good use of the rich source material offered by the Star Wars universe.

As usual for a LEGO game, Star Wars: The Force Awakens is available for a large number of platforms: PlayStation 3, PlayStation 4, Xbox 360, Xbox One, PlayStation Vita, Wii U, Nintendo 3DS and PC/Mac.

IGN: “The most creative, well-paced, and fun LEGO game in years.”

Has it been as well received as the movie from which it takes its name? Let’s take a look at what the critics have said about the PS4 version of the game.

Review aggregator Metacritic currently list Lego Star Wars: The Force Awakens with a metascore of 78 out of 100. This indicates “generally favourable reviews” and, at the time of writing, is based on a total of 50 critic reviews. 36 of these critic reviews are rated “positive” by Metacritic, while 14 reviews have been classed as “mixed.” None of the critic reviews for the game are considered “negative” by Metacritic, indicating that Lego Star Wars: The Force Awakens is, at worst, a solid video game.

Digital Spy: “There’s some filler and that some of the gameplay’s getting long in the tooth.”

IGN awarded Lego Star Wars: The Force Awakens a score of 9 out of 10 and praised the game for reinvigorating both the Lego and Star Wars series. Calling Lego Star Wars: TFA the “the most creative, well-paced, and fun LEGO game in years,” reviewer Marty Silva was impressed with the game’s story, its use of dialogue from the movies and varied gameplay that includes platforming elements, cover shootouts and flying sequences.

Digital Spy also rated the game. Awarding it 4 stars out of 5 they conceded that “there’s some filler and that some of the gameplay’s getting long in the tooth” but were won over by the game’s “charm and humour” and echoed IGN’s praise for the puzzle and combat mechanics.

GameSpot awarded Lego Star Wars: The Force Awakens 7 out of 10 and, broadly speaking, agreed with Digital Spy that the gameplay wasn’t particularly innovative but was still good fun. “These Lego games are confectionaries now,” they wrote, “little candies that don’t have a huge amount of substance but are enjoyable nonetheless.”

GamesRadar’s review of the game sounds a more cautionary note. The low score of 2.5 out of 5 was issued to the game because of a number of bugs encountered while playing it. “Nearly every time I played Lego Star Wars: The Force Awakens,” reviewer Susan Arendt wrote, “I encountered a game-stopping bug and was forced to replay the entire level.” This detracted from what was, otherwise, a “marvelous” game.