Farpoint: a glimpse of VR games potential and problems 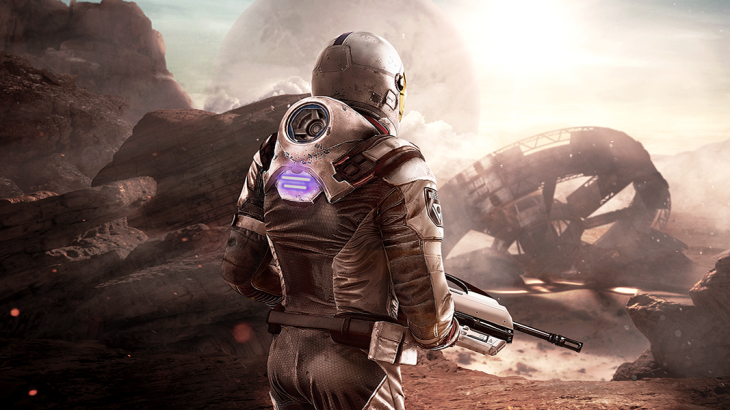 Farpoint, Impulse Games’ first foray into virtual reality gaming, retailed earlier this month with substantial marketing support from Sony. The Japanese giant, aware that their PSVR headset still lacks a “killer app,” evidently hoped that Farpoint and the innovative Aim controller with which it is compatible (allowing motion tracked shooting within the game) could be that marquee title.

Reviews of Farpoint suggested this wasn’t the case. With a Metacritic rating of 70 out of 100 Farpoint’s reviews were lukewarm rather than glowing. Like many VR games (Eve Valkyrie and Batman: Arkham VR are also rated in the 70s on Metacritic) Farpoint teased reviewers with its potential but didn’t quite deliver an AAA experience.

It might be argued that in this sense Farpoint is the definitive PSVR game – an intriguing mix of potential and problems.

Confession time: I’m a VR enthusiast. I was enthusiastic about VR before I was even fully aware of what it was. As a child I dreamed of playing games that mimicked real life and put you, not behind a character or distanced from their viewpoint by the gap to the TV screen, but in their shoes, seeing what they see, experiencing as they experience.

VR seemed such a logical next step in gaming I was bewildered to watch console gaming drift for the best part of 20 years (PS1 to PS4) with little more than better graphics and bigger games to differentiate the old from the new.

Anyone who straps on a VR headset for the first time and sees a world all around them understands that VR is a measurable leap forward in gaming, easily the biggest step since 2D to 3D in the mid-1990s.

One of the great joys of owning PSVR is introducing friends and family to the technology. Watching them turn from side to side and look up and down in childlike awe reminds me of the first time I donned the PSVR headset and smiled as I looked around an empty room in Lara Croft’s mansion.

That’s right, VR is so mind-blowing that even looking round an empty room can be a revelatory experience.
Shooting aliens in Farpoint with a custom made gun must be the best gaming experience ever then. Right?

The answer to the above question is: um, sort of. There are many undeniably cool things in Farpoint. Turning the Aim controller around in your hands and watching futuristic space lasers mimic the action never gets old; walking through the game with the sight raised to your eye makes you feel like a movie marine; lifting the Aim controller to your shoulder to switch weapons makes you feel like an even bigger badass.

Early in my playing experience I found myself trapped against some rocks, squealing and spraying bullets in panic as giant alien spiders jumped at my face. I’ve never experienced that level of immersion in a game before.
Yet I’ve only played Farpoint for four or five hours so far. To put that in context, I’ve owned it for two weeks, spent the best part of $100 on the game and the Aim controller and pre-ordered it months ago.

In spite of my own expectations and the joy I’ve found in the game, it hasn’t hooked me. No VR game has.

VR developers are wrestling with several problems as they seek to make killer games for the new headsets. Regular gamers are used to huge, elaborate game worlds like the sandbox in Grand Theft Auto V, The Witcher 3 or Horizon: Zero Dawn.

Building these worlds in VR would potentially be counterproductive. Motion sickness is a problem in VR and allowing gamers free movement over large spaces could make them feel queasy quickly.

If something makes you feel queasy, you’re hardwired to avoid it in future – not the best way too build up a market! I could tell Capcom about this. I returned Resident Evil 7, the biggest VR release prior to Farpoint, after only a few hours of gameplay as combat in the game made me ill!

Developers are stuck in an awkward double bind. If they try to deal with the motion sickness issue the way the makers of Farpoint have – producing a linear game that allows players to more or less just move forwards – the experience feels limited and contrived and modern gamers (and Metacritic reviewers, who uniformly complained of linearity in their reviews of the game) will become bored or disenchanted.

The first killer app in VR will have to somehow marry two competing needs, a huge and complex game that is comfortable to play in VR, or discover a whole new kind of game altogether that makes such riveting use of the USPs of VR that gamers simply have to play it.

Farpoint is not that game. It is another glimpse of the glorious, but as yet unfulfilled, possibilities of VR. Sony – and the rest of us – will have to wait a little longer for that killer app.

I still believe in VR, but it won’t jump into the mainstream until a game arrives that we can truly believe in.