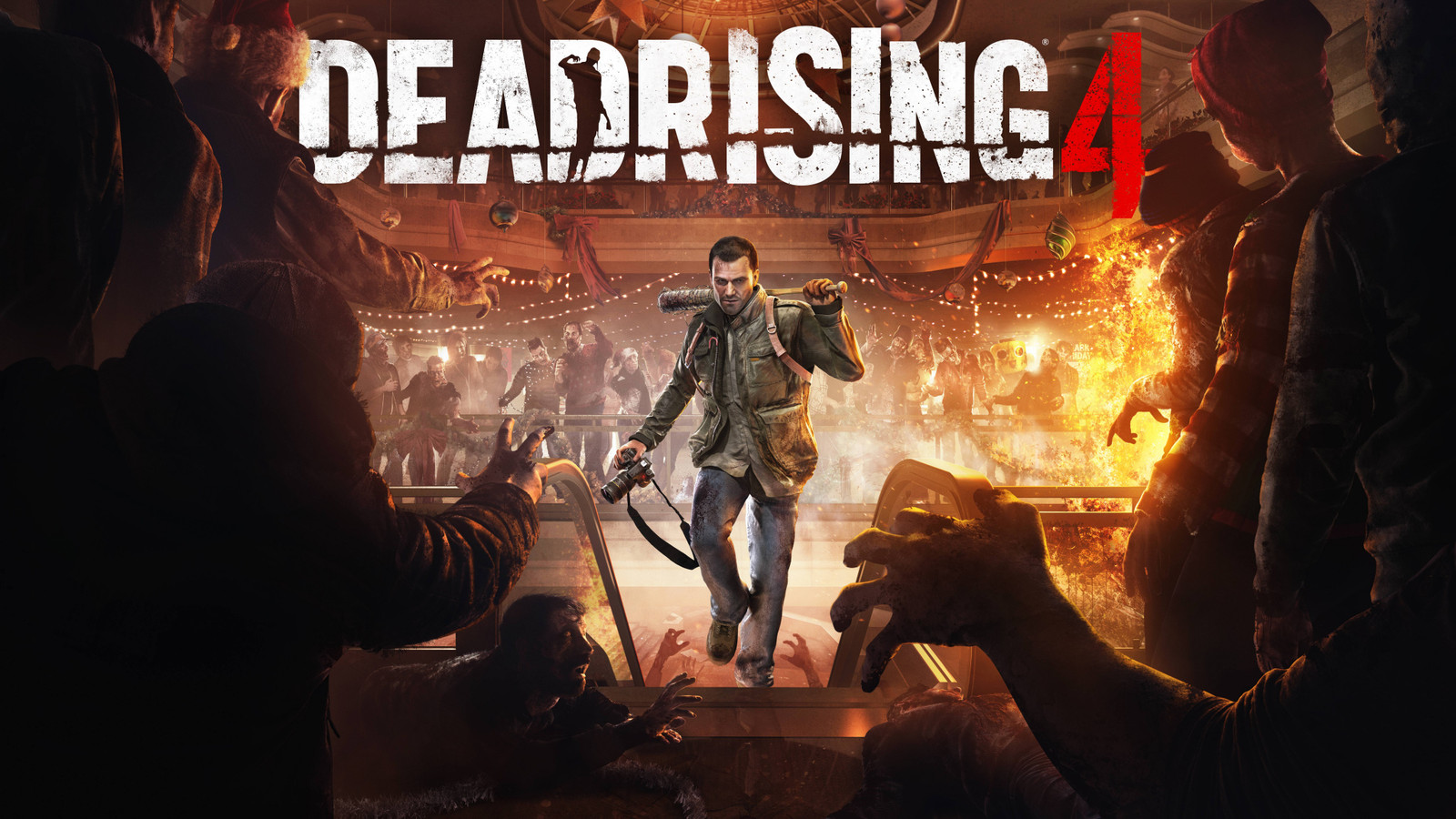 Dead Rising, a well-received series was born from a desire to provide a wacky alternative to all the gritty zombie media flooding the world back in the mid-2000s. The first Dead Rising entry came out of nowhere and relied on the power of the Xbox 360 to allow a large in game map and tons of zombies appearing on screen at once. It has been a long time since many of us tore through the Willamette mall as Frank West to uncover a government plot to unleash the zombie horde. Dead Rising 4 puts players back in the shoes of Frank West, the wisecracking photojournalist that the series is known for. It also puts Frank back in Willamette, years after the initial outbreak, and even after there was a cure to the zombie plague discovered at the end of the third game’s events. There was a lot of excitement for me as a longtime fan of the series, and I also had some concerns if the new release would be a worthy addition to the game series. After playing a few hours here are the impression from the game.

First, there are a lot of small improvements the series has been working towards since the sequels began. The open world requires no loading between areas like Dead Rising 3, except that now with all of Willamette to explore the map is even bigger and looks even better. The inventory and health have been remodeled, gone are the several blocks representing health to be replaced by a traditional RPG style HP bar with a base maximum of 500 HP. You can technically carry more items, but only a certain amount of thrown, melee, ranged and health items each. Breaking items into these categories both expands your inventory and makes swapping between items a breeze, meaning you can take on a wider variety of enemies more effectively. So, the game flows more smoothly, even the updated engine allows for character movement to feel less tacky than any previous title.

Second, the camera feature is back and is better than ever. One of the things that really brought fans in to the first game in the series was the camera ability, allowing players to photograph all the horrors of the zombie apocalypse. Now, you can do so again with an added focus on using the camera for story progression. Every so often players will come across an investigation zone where they need to use the camera as well as its various new modes to find evidence and piece together why there is another outbreak in Willamette. There are also more opportunities to gain Prestige Points (PP) using the camera as you can photograph NPCs multiple times unlike the original that severely reduced PP for a photo containing something you had already gotten a picture of.

Third is the story and map upgrades that really feel like a move in the right direction. After Dead Rising 3 and the discovery of the cure, some people thought the third game would be the end of the series because more just wouldn’t make sense. Well, Dead Rising 4 addresses that issue right in the beginning by having Frank question how zombies are even around anymore. The prologue gives hints as to what is going on, but the ultimate answer lies at the end of the campaign, which is now delivered amazingly. Previous entries did not suffer in the story category, but they didn’t get a lot of gold medals for their presentation either. Dead Rising 4 takes on a more updated approach to the series and through the Prologue and first chapter is compelling and very interesting. While the themes and events aren’t something that would be unheard of in previous entries, the presentation is vastly improved. Animations, end of chapter voice over commentary by Frank, and cut scenes with great animation pull through in a positive way for the Dead Rising story.

Finally, there is one major concern on every longtime fan’s mind, that there is no longer a time constraint. This is the something that remains to be seen as either positive or negative. While on one hand it allows players to really explore Willamette as much as they want, on the other hand players used to work extremely hard to earn modes that allowed them to do the same thing in previous titles. The time constraint was a major feature of the series and provided a lot of replay value. So far, playing Dead Rising 4 just feels like a liberation from the stress of trying to do everything quickly and has been more enjoyable as a whole. That is a subjective opinion though, and some may feel that without a countdown to bombs dropping on the area that it just isn’t Dead Rising any more.

Overall the game feels fresh while also causing some nostalgic feelings. Going through the mall I noticed I heard something familiar, and realized the mall’s background music is the same from the original game and I got way too excited over such a small detail. The game pours out personality and it’s obvious the team is still dedicated to the little details in the Dead Rising world. Dead Rising 4 feels great, plays fantastically smoother than most games this generation so far, and feels like it’s a big Christmas present to the longtime fans. If you have enjoyed the rest of the series, Dead Rising 4 won’t be a bad choice at all.