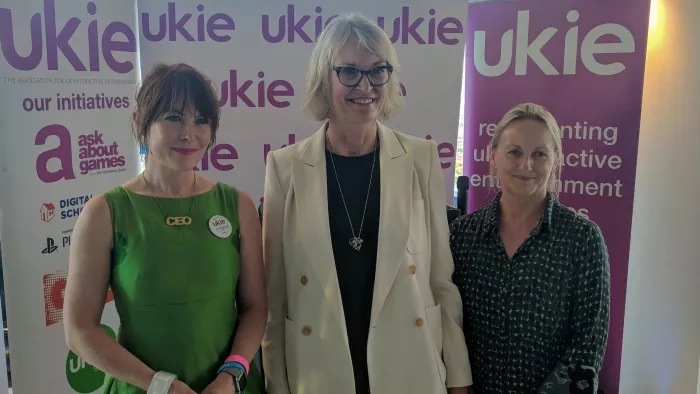 Last night CEO of the trade body UKie, Dr Jo Twist, set out what the UK games industry needs in order to continue growth at current rates in a post-Brexit UK.

She said that without the free flow of data, access to markets and cultural support, and a frictionless, free-flowing, and flexible immigration system the UK can’t continue to grow as an established 21st century economy.

Twist was speaking from the UKie Summer Westminster Reception. The reception brought together Margot James, the Minister for Digital and Creative industries, members of her department, and other MPs and members of their staff with key leaders in the video games industry.

James spoke later at the event, promising that she and her team were doing everything possible in order to ensure a favorable future for the games and wider creative industries. Adding that parliament needs the UK games industry to survive Brexit because of the record-breaking games that not only push the boundaries of the medium, but spread the influence of British games developers around the globe.

After her statement James announced a national tour that will see UKie consult with the video games industry in order to create a strategy for growth, the recommendations from which will then be submitted to parliament.

Finally James moved onto the recent slew of games news surrounding controversial loot boxes, and children playing Fortnite, stating that the misreporting has been harmful to the industry and disappointing. She criticized the articles surrounding these subjects, saying that we shouldn’t get carried away with clickbait news. She added however, that there needs to be more details of the facts reported and less of these sensationalist articles.

Over the next 12 months UKie will be embarking on a campaign to drown out the controversial and damning news with positive news about the industry. This campaign will see more prevalent reporting about the benefits of gaming and video games for the future of society.

She ended her statement by saying that the bad press was an inevitable result of the growth and success of the industry. Adding that the industry will continue to get attention from those who live in the 20th century if they want to get closer to the heart of culture.