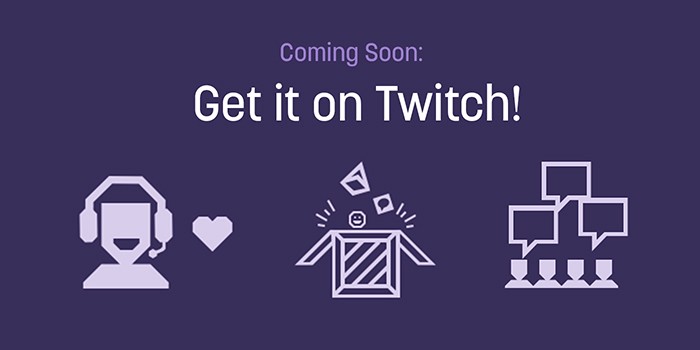 Currently Twitch allows gamers to stream their gameplay to hundreds of thousands of people around the world. Some streamers have grown to build a career out of playing video games for their audiences, though there are still many who stream for fun. Now Twitch is offering to give 5% of game sales to the partnered streamer when fans buy a game from their channel page.

The option to purchase a game will be available on all channels, not just those who are partnered with Twitch, but that doesn’t mean that all streamers will receive 5% of the sales revenue. That means a streamer needs to be streaming at least 3 times a week, have an average viewership of 500+, and have content that complies with Twitch terms of service and DMCA Guidelines.

The platform doesn’t begin and end with selling games through streamer’s channels though. Twitch is offering a Twitch Crate with every purchase. These crates are digital loot boxes containing items such as chat badges, game-specific emotes, or even Bits, a currency used by viewers to donate to streamers.

Currently the platform is open for all streamers to sign up for, though it will initially be launching in dollars, with other currencies being integrated in the months following launch, with payments accepted only through an Amazon account. Since Amazon own the streaming giant this is no surprise, but it seems as though Twitch Prime customers won’t get any discount on their purchases.

Related Topics: Twitch
By Admin in: Wholesale Games Industry and Market News on March 7, 2017 at 9:43 pm