October is another big month for new game releases, with many smaller titles, remakes, and indie games also making their debut during the month. These are just some of the biggest titles launching in October 2019.

This year’s Call of Duty game has dropped the franchise name and opted for Modern Warfare, since the game is a remake of Call of Duty 4: Modern Warfare. The game tells the tale of Captain Price and his soldiers in a new light, brought up to date. The game launches on October 25, 2019, for PC, Xbox One, and PlayStation 4, and consumers can pre-order the standard edition at $59.99 (£49.99), and a steelbook edition for $65.99 (£54.99).

Luigi’s Mansion 3 continues the story of Luigi and his experiences with haunted properties, but this is the first release for the Nintendo Switch. The game launches on October 31, the Halloween day, exclusively for the Nintendo Switch for $59.99 (£49.99), bringing brand new features such as 8 player multiplayer, and a brand new story to experience.

Ring Fit Adventure is one of the few fitness focused titles coming to Nintendo Switch, and aims to capitalize on the same market that Wii Sports did. The game uses a new peripheral, the Ring Fit, to get players moving and exercising in various different ways, which will allow them to interact with the game. While the game is primarily a fitness title with various exercise modes, it also features a fully realized story mode with RPG elements. Ring Fit Adventure launches on October 18, exclusively for Nintendo Switch for $79.99 (£69.99), and can only be purchased with the new peripheral.

The remake of Ghostbusters The Videogame brings the title to PlayStation 4, Xbox One, and Nintendo Switch on October 4. The PlayStation 4 and Xbox One versions of the game will cost $29.9 (£24.99), while the Nintendo Switch version is slightly more at $35.99 (£29.99). The remake aims to bring new fans to one of the best Ghostbusters games on the market, and introduce new DLC over time.

The original MediEvil has been remade for PlayStation 4, and launches on October 25, for $29.99 (£24.99). The game has been lovingly remade with up to date visuals and controls, faithfully restoring the original title, whilst adding a few new details that players will enjoy today. There is a short demo of the first level currently available for free to those who want to try the remake before purchasing it, which will also earn them some in-game bonuses for the final release.

The Outer Worlds is a brand new RPG from Obsidian Entertainment, developers of Fallout New Vegas. The game launches for PlayStation 4, Xbox One, and PC on October 25, for $59.99 (£49.99), with a Nintendo Switch version on the way at some point in the future. The game takes players to a galaxy of planets with a unique story and mechanics that will open up The Outer Worlds for dozens of playthroughs.

WWE 2K20 launches for PlayStation 4 and Xbox One on October 22. The standard edition will cost $59.99 (£49.99), the steelbook edition will cost $89.99 (£79.99), and the Anniversary Edition will cost $129.99 (£139.99). The game is this year’s iteration of the beloved WWE 2K series, which allows players to play as real wrestlers, fighting other well-known wrestlers, or create their own fighter to progress through the campaign with.

GRID is a realistic racing game that launches on October 11, for PlayStation 4 and Xbox One. The standard edition will cost $59.99 (£49.99), and the Ultimate Edition will cost $79.99 (£69.99). The game captures the world of motorsport racing in detail, putting players in the centre of the action, where they drive the very best cars on the scene.

Plants vs Zombies Battle for Neighborville

EA’s latest take on the Plants vs Zombies franchise sticks closely to the gameplay seen in the Garden Warfare games. The new title brings in elements from titles such as Overwatch, with unique characters to play as, and new game modes and skill elements that keep matches interesting. Plants vs Zombies Battle for Neighborville launches on October 18, for Xbox One and PlayStation 4 for $39.99 (£34.99).

The Nintendo Switch port of the latest game in the Witcher series launches on October 15, for $59.99 (£49.99). The game is a direct port of The Witcher 3, with some downgrades in areas such as visuals in order to make it work on Switch console. The title promises to bring the definitive Witcher 3 experience to the handheld device, and make it portable for the first time.

Blizzard’s competitive shooter title is finally coming to Nintendo Switch on October 15, 2019. The game will cost $39.99 (£34.99), and will bring the popular shooter title to portable platforms for the first time. The Switch version will include everything from the main game, with nothing being left out for Nintendo Switch audiences.

Farming Simulator 19 Platinum Edition comes to PlayStation 4 and Xbox One on October 22, for $49.99 (£39.99). The game includes new vehicles and content that have been released for the title during its time on PC, making it the ultimate Farming Simulator experience.

Baldur’s Gate 1 + 2 have been brought to modern consoles in an enhanced form, and will launch on October 15. The games are classic RPGs and beloved by many gamers for the way in which they’ve inspired the genre today. The PlayStation 4, Xbox One, and Nintendo Switch versions will cost $49.99 (£39.99) for the standard version or $129.99 (£109.99) for the collector’s edition. 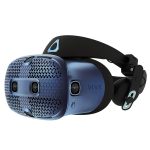 The latest HTC Vive headset, Cosmos, launches on October 3, 2019, for $699.99 (£699.99). The new headset allows consumers to play VR experiences without wires, and seamlessly jump in and out of those experiences without the need to shut anything down.

The PlayStation Hits edition of Uncharted: The Lost Legacy launches on October 4, for $19.99 (£15.99). The game is a shorter, but no less thrilling, entry in the Uncharted series that follows Chloe Fraser, a side character from the series. Together with Nadine, players will uncover lost treasures, and experience the intense Uncharted gameplay that they’re used to with the core series.

The PlayStation Hits version of Gran Turismo Sport will launch for $19.99 (£15.99) on October 4. The game is the definitive Gran Turismo experience, offering realistic driving experiences both on the road, and off it. The game is constantly updated with new content and competitions, keeping players busy all year round.

Related Topics: Future release
By Admin in: Wholesale Games Industry and Market News on October 4, 2019 at 11:01 am