Switch the only platform to show sales growth in June 2018 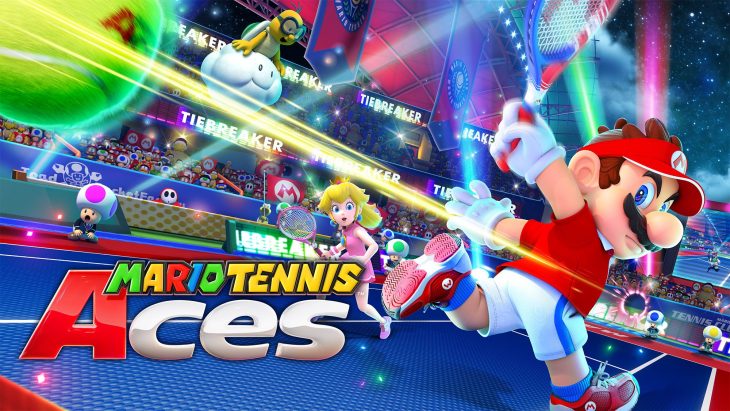 Mario Tennis Aces topped the NPD Group’s report for software US sales in June 2018. This is made all the more impressive by the fact that this is based only on physical sales, since Nintendo is one of the few companies that doesn’t share digital sales data with the NPD Group for us in their reports. In fact the game was so successful that it achieved an all-time sales high for a tennis genre game in NPD’s history.

It’s worth noting that in the UK the game only made it to eighth place in the physical sales chart, which is most likely the impact of the World Cup, which is incredibly popular in the UK, particularly because England performed so well this year.

The Crew 2 debuted in fourth place in the chart, LEGO The Incredibles debuted at seventh, and Vampyr debuted in eighteenth position. LEGO The Incredibles beat LEGO Star Wars The Force Awakens for biggest Lego game launch in value. After the launch of Crash Bandicoot N.Sane Trilogy on Nintendo Switch and Xbox One the game re-entered the chart in ninth place.

Sales in the US were up by $1.1 billion, about 25 percent, overall for the month year-on-year. Hardware was the main driver behind this growth, with an increase of 52 percent year-on-year. This boost in hardware was primarily thanks to Fortnite promotions around E3, as well as the re-launch of the NES Classic console.

Year to date spending on hardware has increased to $1.7 billion so far, a rise of 21 percent. The NES Classic became the best-selling console for the month, which is surprising given the fact that it launched at the end of June. The PlayStation 4 was the best-selling console in terms of value from sales. However, Xbox One sales were up by almost double year-on-year, but despite this it still didn’t perform as well as its competitors.

Overall software sales were down by 1 percent year-on-year, dropping to $374 million for the year to date. The Nintendo Switch was the only console to show software sales growth for the month, with more than double dollar value sales.

Related Topics: Mario Tennis Aces, NPD Group
By Admin in: Wholesale Games Industry and Market News on August 4, 2018 at 10:36 am