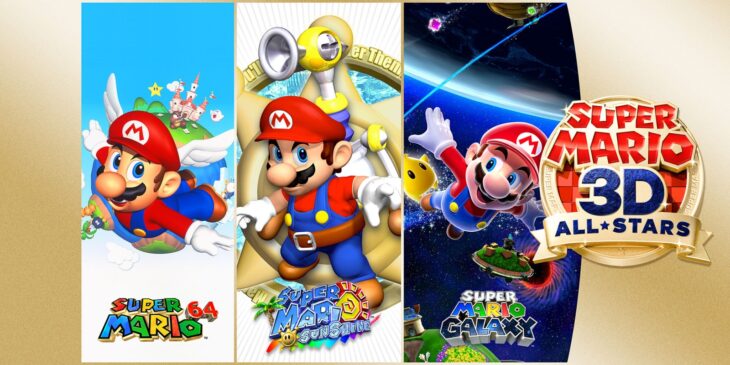 After two consecutive weeks at the top of the chart, Marvel’s Avengers has been knocked off by Nintendo’s triple bundle package that is Super Mario 3D All-Stars.

Super Mario 3D All-Stars brings together Super Mario 64, Super Mario Sunshine, and Super Mario Galaxy in one single cartridge for the Nintendo Switch. The bundle has seen the third-biggest launch for any game in 2020 in the UK, just after The Last Of Us Part 2, and Animal Crossing: New Horizons.

Overall this was a very lucrative week for Nintendo. Even Mario Kart 8 Deluxe is in fifth, for the third week in a row, and actually saw a 9 percent week-on-week boost to sales. This shows that Nintendo Switch hardware is still selling well, even with consumers clamoring for PlayStation 5 and Xbox Series X and S pre-orders.

Two new entries have also made it into the top ten this week. WWE 2K Battlegrounds debuts in sixth place. The game has stepped in to replace a full WWE 2K game release this year. Earlier in the year Take-Two Interactive explained that the developers needed more time to make a next-gen WWE 2K that would live up to fan’s expectations.

The second new entry this week was eFootball PES 2021 Season Update. Once again, this is a scaled back entry for the series, put in place whilst a next-gen PES entry is prepared for next year.

Retail unit sales are up by 33 percent week-on-week, and revenue has seen a 49 percent boost as a result. This week the market’s value is up by 11.1 percent year-on-year.

The top ten best selling games for the week ending September 19, 2020 are as follows.