Today 8Bitdo announced that they’re creating a replica SNES controller with the Nintendo Switch in mind.

The new controller, the SNES30 Pro features motion controls, rumble vibration, player LED indicators, Bluetooth, and USB-C. However, the controller has been made resemble the classic NES controller from the original system as well as the NES MINI. There’s also a Famicom style design as well. Both of the controllers will work with the Switch, as well as PC and tablet devices, and are set for a holiday season release. 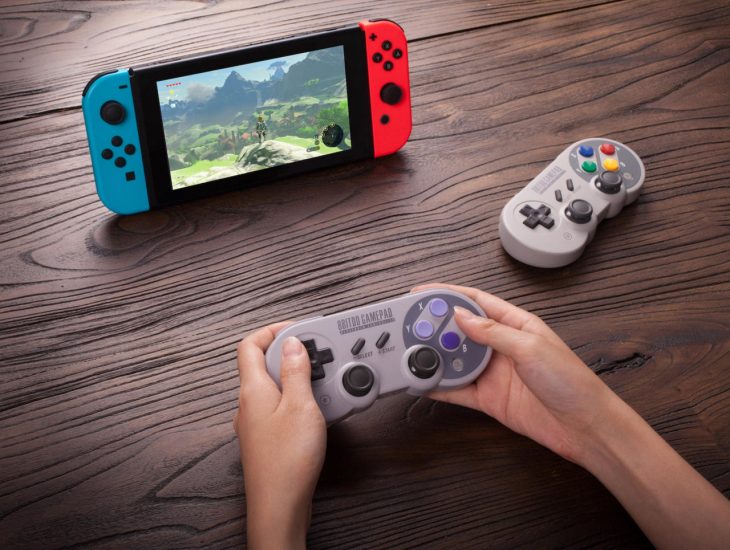 There are even more controllers coming to Switch and PCl, on, one of which is an old school NES30 Arcade Stick. Additionally 8Bitdo is releasing a set of classic speakers called Twin Cube Stereo Speakers, said to boost the audio experience. Both the Arcade Stick and the Stereo Speakers are due out later this year in Fall, earlier than the SNES controllers.

8Bitdo manufacture classic controllers and devices for modern day devices such as PCs and current generation consoles. In the past they’ve made N64 controller replicas as well as receivers for classic consoles like the NES. The controllers also work for android and iOS tablets, allowing a deeper level of gaming on the go. With the release of firmware 4.0 these controllers are now also compatible with the Nintendo Switch. Currently not all the classic controllers will function perfectly with all Switch games, but the ones due out later this year will be optimised. 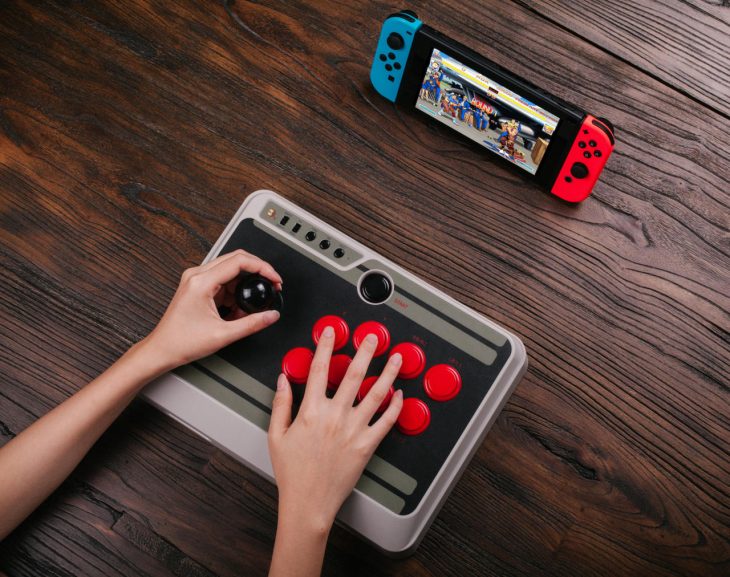 With the success of the NES MINI it’s clear to see that there is a large portion of the market who are interested in owning classic console themed devices. What’s more, many gamers are already used to the controllers that 8Bitdo are producing from when they were using them on the original consoles.

Atari also recently announced that they are entering the console game once again with the Ataribox. Some speculate that the device will be a classic console device much like the NES MINI, which could indicate a new breed of classic console replicas to educate the current generation of gamers, and these new 8Bitdo controllers fit right alongside it. 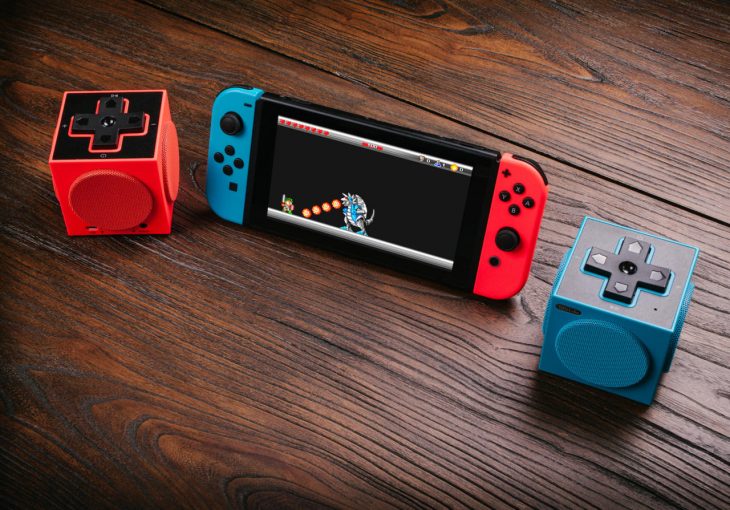