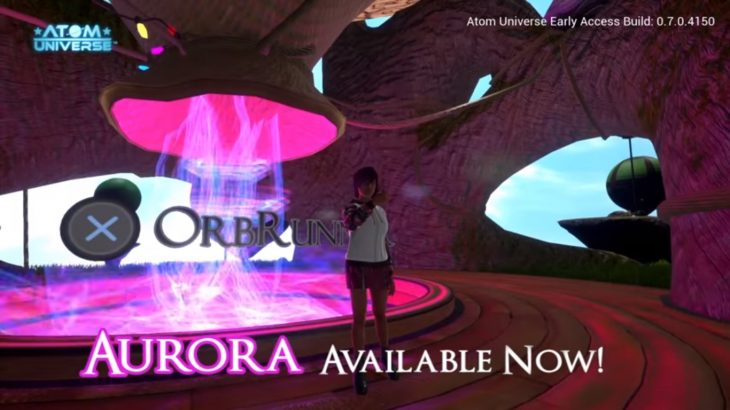 As part of the release of Atom Universe, developed by Atom Republic, a third party social space from PS3-era social game PlayStation Home, Aurora, has been re-released on PlayStation 4 and PC.

Atom Universe is a free to play social game where players create a character and enter an online theme park. There they can interact with other players, meet up with friends who also have the game, and interact with the rides and activities on offer. As part of the game’s activities players are able to enter Aurora, which was previously only available in PlayStation Home, where they can play mini games for rewards and high scores or just for fun with their friends.

PlayStation Home was an online social environment much like Second-Life, in which players created their own character to use to explore the world and games on offer. The game was exclusive to PlayStation 3 owners but felt redundant to most until Sony began adding expansions to it. The addition of a certain mystery also saw players working together to uncover clues and solutions to earn rewards for their player homes.

PlayStation Home had some third party worlds and games added over the years it was live. Some of these included shooting ranges where players needed to score a certain number of points to get rewards, while others put players into zero-gravity ships and let them race each other. Aurora was one of these third party worlds, developed by nDreams, which hosted a number of strange and wonderful games for players to compete in, alongside puzzles related to the world itself.

Atom Universe allows cross-play between PC and PS4 players, meaning that PlayStation Home has been resurrected here in a small way. PlayStation Home was shut down in 2008 after six years of highs and lows. The social game was announced at GDC 2007, attracting millions of users and even experiencing a powerful relaunch in 2011 which introduced the PlayStation game-themes content. Some players have requested that Sony bring PlayStation Home back to life on PlayStation 4, but Sony has said in the past that it never met its full potential which would indicate that a release in 2017 would instantly flop.