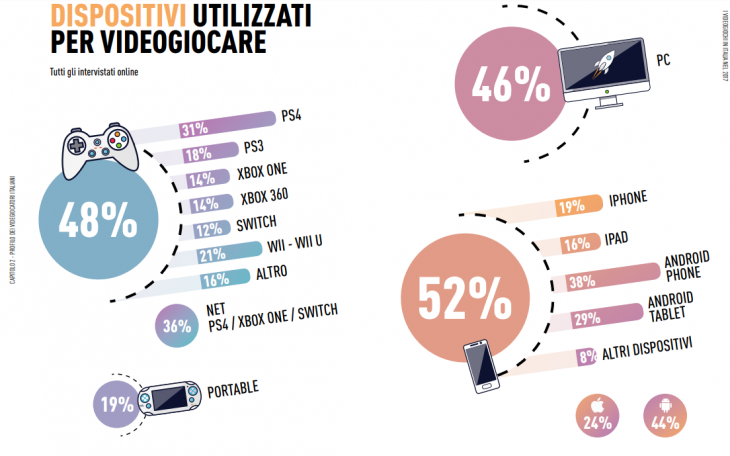 Italian Trade Body AESVI reveled statistics about the Italian games market, showing that €1.05 billion has been generated from game software, with an additional €428 million from accessories and hardware over the course of 2017.

The data is fuelled from the new GSD project, bringing digital and physical retail data together, as well as figures from AppAnnie, a mobile company, that show figures for mobile data. 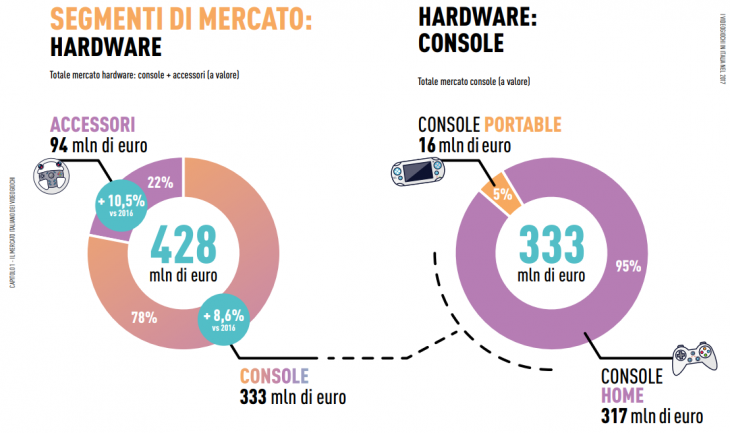 Interestingly Digital is the smallest section of the Italian game sales market, including console and PC sales. This sector has a 28 percent market share, which generated €294 million in 2017. 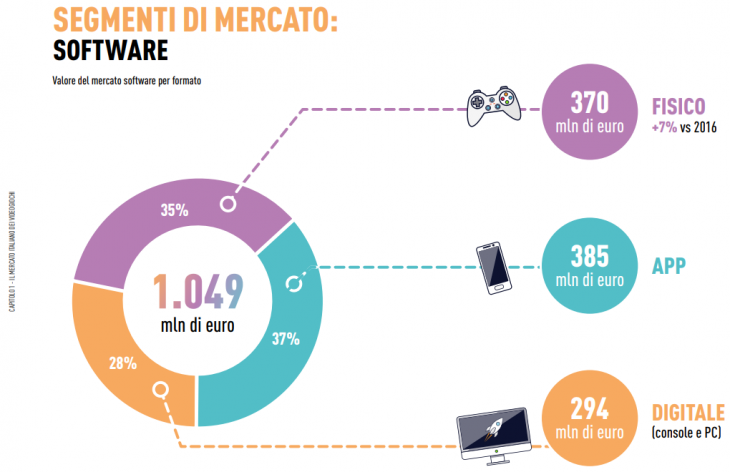 The best-selling games for the year in Italy was FIFA 18, with Crash Bandicoot N.Sane Trilogy surprising everyone by coming in third place. The Sims 4 rose to be the best-selling game on PC, but Rainbow Six: Siege was the most downloaded game across the board, with the exception of Clash Royale on the App market.

AESVI Chairman, Paolo Chisari, told press that 17 million people had a gaming experience in Italy in the last 12 months, of which 41 percent were women, and 59 percent were men. While gaming is practiced across multiple age ranges, the core concentration is found in 25-34 year olds. 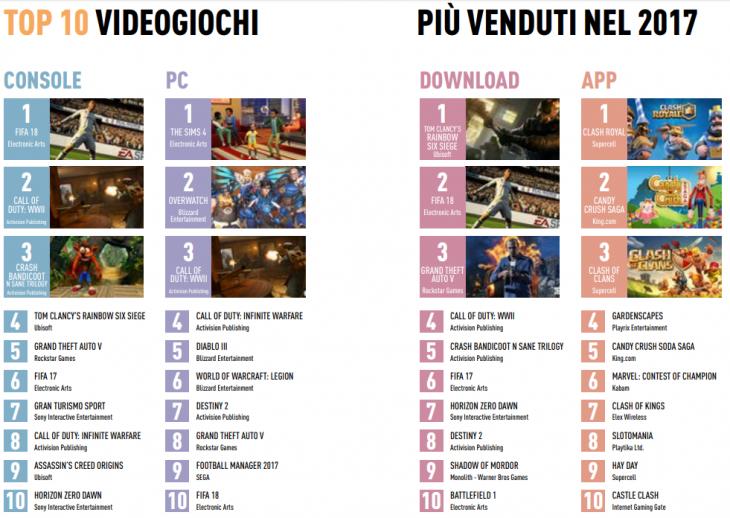