Iceflake Studios, a Finnish game developer, has been acquired by Paradox Interactive. Both companies had been collaborating already on a game called Surviving the Aftermath. The game is currently in early access for Xbox One and the Epic Game Store.

This move is something that should have been expected with Paradox Interactive. The company has a long history of acquiring the studios they work with on games. This always comes after the two companies have developed a good working relationship. Something similar happened with Battletech’s developer, Harebrained Schemes, in 2018.

Iceflake Studios was founded in 2007 in Finland, Tampere. Over the course of the company’s existence, the developers there have built up a wide catalog of games across mobile, PC, consoles, and even VR platforms.

Surviving the Aftermath was the first game that fitted with Paradox Interactive’s focus on strategy games. It’s an extremely interesting concept that sees players working with a group of survivors to push back against the post-apocalyptic world and forge a future.

The game isn’t quite as popular as other strategy titles such as Civilization 5, but it certainly has its place in the strategy game genre. Few games offer players the chance to strategize the survival of a small group at the end of the world. This is what drew players in, but the gameplay is so well crafted that they stick around to see their band of survivors through to the end.

With this acquisition Paradox Interactive now has nine development studios under their belt. These studios span six different countries, three of which are based in their native country of Sweden. Just last month the company opened a new studio in Barcelona, Spain.

Paradox Interactive is definitely growing despite the current pandemic. Strategy games have a wide appeal, particularly with older gamers who have the money to spare on full-priced titles and their expansions. As long as they remain true to the style of games that they’ve become known for, they’ll continue to experience growth.

The thing that would push the company over the edge is a fantastic game in a brand new genre. There’s a gap in the market for something truly different in a strategy game, but most of them stick to safe, well-known features and mechanics. If any company can achieve a groundbreaking new strategy release though, it’s Paradox Interactive. 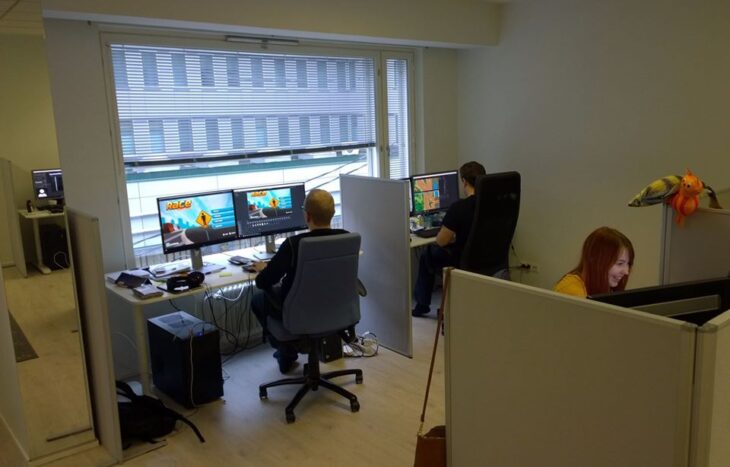