IO Interactive has launched a new trailer for Hitman 2, containing footage from the currently known locations in the game, as well as the ones no one knew about yet.

So far through trailers, events, and gameplay videos via various press outlets, IO Interactive have shown two major locations for Hitman 2. First is Miami, where players are tasked with taking down a target currently racing in a high speed event. The second is Santa Fortuna, where players take down multiple targets in completely new and unforeseen ways.

The first of the new locations to be revealed is Hawke’s Bay in New Zealand. Here players need to infiltrate a highly secured beach house on a stretch of land with no one else around for miles. The location appears to be set at night, offering a new opportunity for players to sneak in unnoticed using nothing more than the shadows to disguise protagonist Agent 47.

The second of the new locations to be revealed is Mumbai in India. The description for this location boasts hidden secrets throughout every area, spanning the slums all the way up to Bollywood. Here it seems as though the opportunity for mischief will be ripe, with hundreds of different NPCs to disguise Agent 47 as, and potential ways in which to off targets through the roof.

The third new location is set in the USA, Whittleton Creek. The area has been created as the idyllic American suburb where everyone knows each other’s business. The quiet yet nosy neighbours will no doubt make it difficult for players to get close to and take out their targets, offering one of the more challenging sandboxes in the Hitman franchise.

The fourth new location is in the North Atlantic, Isle of Sagail. All that is known is that this is one of the most secretive locations in the world, but nothing more. It seems likely that this location will see the culmination of certain story aspects, revealing new potential clues as to who has been working to manipulate Agent 47 all this time.

The final new location is in Austria, Himmelstein. This location is for the Sniper Mode of Hitman 2, hosting a huge number of windows and balconies on a luxury chateau. Here players will need to take down targets assigned to them on the fly, meaning there is no way to practice and watch for NPC patterns, players simply need to make the best of every situation with whatever opportunities they have.

Hitman 2 promises to be better than the 2016 release in a number of ways, new mechanics, systems, and of course new maps. IO Interactive are also offering the original game’s maps as DLC for Hitman 2, enhanced with all of the new features built into Hitman 2. 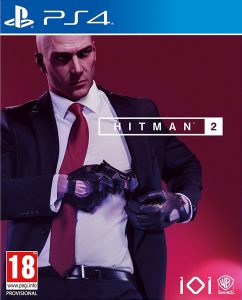 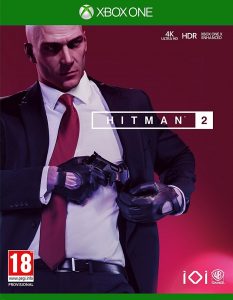