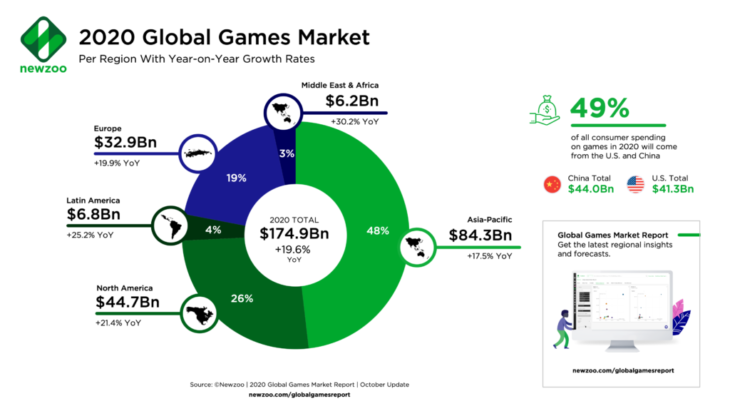 Newzoo’s latest global games market report quarterly update forecasts that the games market will grow to $174.9 billion this year. This is a rise of 19.6 percent year-on-year.

This new figure is $15.6 billion higher than the company’s previous forecast, which was set at the beginning of the coronavirus (COVID-19) pandemic. The new forecast is based on more accurate figures thanks to games companies publishing their H1 financials.

Newzoo doesn’t know how long this increased revenue will last though. They do say that by 2023 they forecast the global games market generating $217.9 billion.

The two biggest markets in the world are still the US and China. They represent 49 percent of the world’s game market. The segments that were boosted most during the pandemic have been consoles and mobile gaming, but the spread in engagement has been pretty much the same around the world. 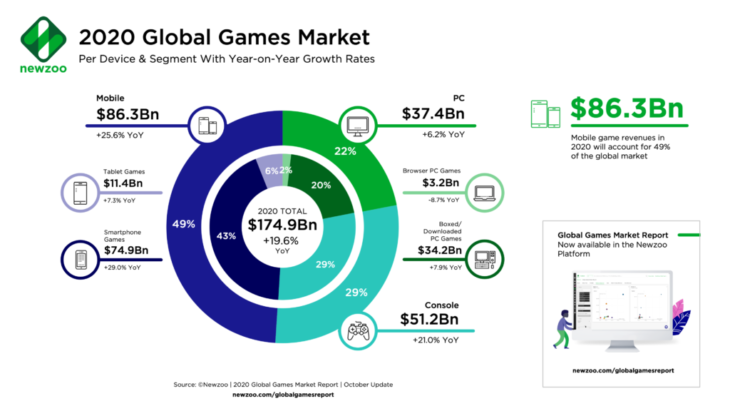 The company points out that overall engagement has increased due to lockdown being put in place in most countries around the world. In addition, people now want to remain indoors for longer, and socialise in person less. This has led to a spike in interest in indoor entertainment such as gaming.

It’s expected that the increased engagement that has been seen in games is going to carry forward into 2021. The market is forecast for 2023 mentioned earlier is a 9.4 percent increase between 2018 and 2023, up from $200.8 billion.

It is expected that engagement will continue at its current level. This is mainly due to the pandemic showing no signs of easing, and a vaccine still being a long way off. Even once one is widely available, most people won’t be able to get it for months, if not an entire year. 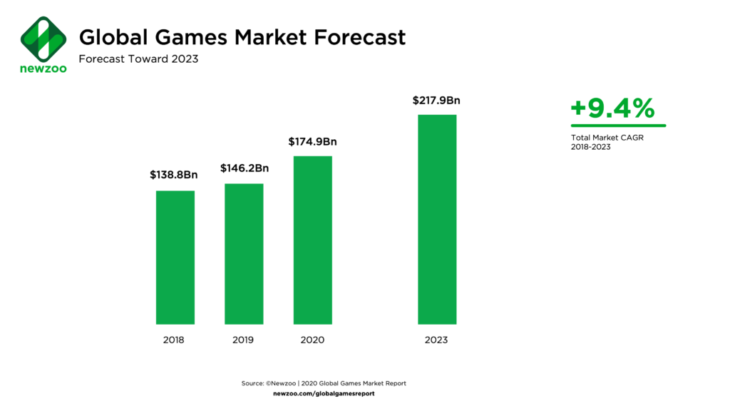