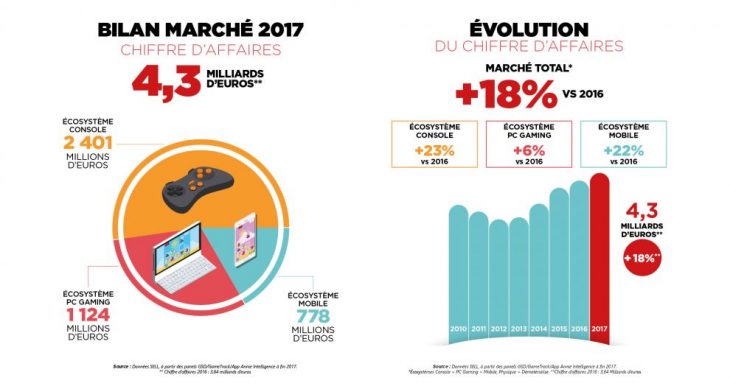 The video games market in France grew to €4.3 billion ($5.2 Billion) in 2017, an increase of 18 percent year-on-year. PC hardware and accessories and console hardware saw growth of 22 percent year-on-year to €1.69 billion. The software sector also grew by 16 percent to €2.61 billion.

The continued success of the PlayStation console family, as well as the launch of a new Xbox One, and the Nintendo Switch, drove console sales to generate €748 million over the course of the year. The French trade body SELL said that the console hardware sector has experienced unprecedented growth, with sales rising by 31 percent. 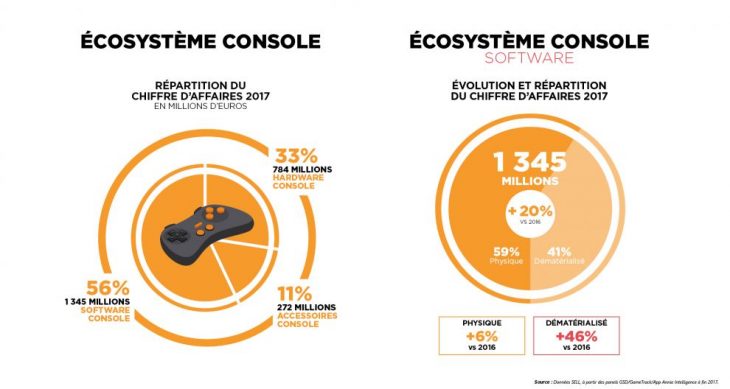 However, PC game sales saw a decrease of 1 percent in 2017, dropping to €487 million over the year. The digital PC games market has seen a drop of 14 percent, which accounts for this decrease in PC game sales. More and ore consumers are showing that they prefer to purchase their games digitally, but console games are also coming more in line with PC titles. It’s possible that some consumers are choosing to purchase their games for home console instead of PC. 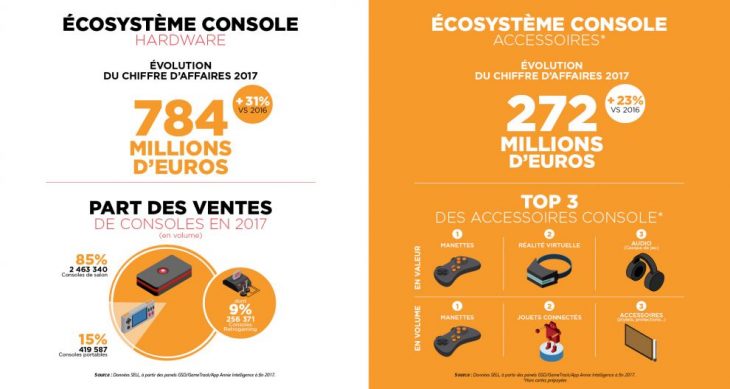 Related Topics: France
By Admin in: Wholesale Games Industry and Market News on March 16, 2018 at 5:52 pm