The acquisition is split between the purchase of 77.5 percent of Dotemu’s shares for €38.5 million ($45.5 million), and an upfront payment of €15 million ($17.7 million), which is based on certain employment and performance goals. In total, the cost to Focus Home Interactive could reach €53.5 million ($63.3 million).

This acquisition is said to be part of Focus Home Interactive’s move to increase its development assets. The company’s CEO, Christophe Nobileau, explained that this acquisition is a key part of its growth and the diversification of its expertise into new realms.

By increasing the editorial line from Focus Home Interactive, it opens up new revenue streams for the company to capitalize on. It also gives the company more clout in a new market segment that’s faster-paced but easier to establish itself in now.

Focus Home Interactive is well-known for publishing some fantastic games. They’re not all massive triple-A hits, but each one has a certain audience and always does well in growing a fan base that continues to play the game for years.

Recently, the company also acquired Space Hulk Deathwing developer Streum On Studio, adding yet another small but very well-established franchise under its belt.

In addition to the acquisition of Dotemu, Focus Home Interactive has also named Doetemu’s CEO, Cyrille Imbert, as a member of its executive committee. This ensures that the company’s leadership is never too far away, able to intervene should anything go awry.

Focus Home Interactive doesn’t seem to have a particular style of game that it wants to publish. Instead, it wants to publish well-made games that look like they’ll capture a decent audience and hold onto them. It’s hard for triple-A games to do the same because casual gamers are generally their main audience. This mid-tier set of games though, that’s where recurrent player numbers are consistently high, leading to new revenue streams when DLC and more releases. 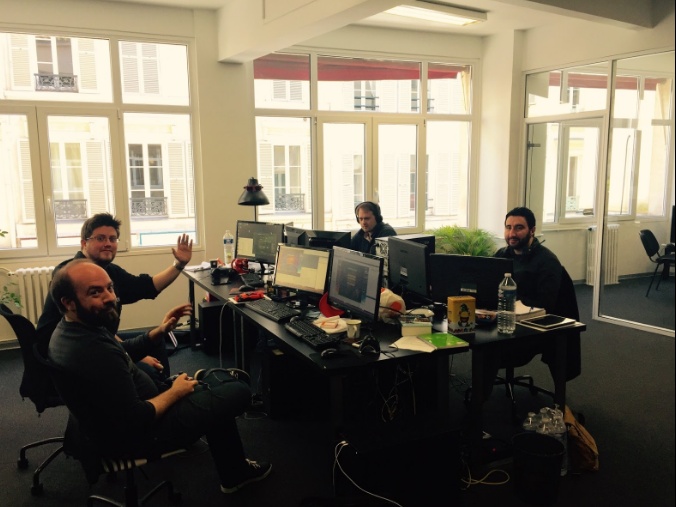