Online chat platform Discord has gained some serious traction since its March 2015 launch. The site, created by Jason Citron, known for his work with Openfeint in mobile gaming, was marketed with gamers in mind and appears to have successfully captured its niche.

MCVUK report that as of today Discord boasts 87 million members – with that number expected to top 90 million before the end of 2017.

To highlight Discord’s remarkable rate of growth it’s worth revisiting the site’s membership numbers this time last year. In December 2016 Discord had 25 million members meaning the site has, in effect, more than tripled in size in the space of 12 months and won’t be far away from quadrupling if it continues to add 1.5 million new members a week (its current growth rate).

Discord report that 14 million users a day access the site. These users hail from over 130 countries and send 315 million messages between them per day – the best part of 10 billion messages per month.

It’s not surprising Discard is planning to open a European office to help drive and manage expansion beyond its North American origins. “Logistically and operationally, we will spend time next year looking at international expansion and opening a European office,” Citron, Discord’s CEO confirmed.

The company hope to set up the office in the UK and will use it to “expand our marketing, CX, and event efforts” as well as to build relationships with UK and European developers.

Discord’s success in connecting with gamers worldwide and facilitating the creation of communities and chats around various games make the company an attractive proposition. Developers and publishers will be keen to develop relationships with Discord and generate a buzz on the site.

The fact that Discord is server-based and allows users to quickly sign up, create groups and chat without the need to download any software is seen as the key to its success.

If that success continues the company will become an increasingly influential player in the gaming scene. 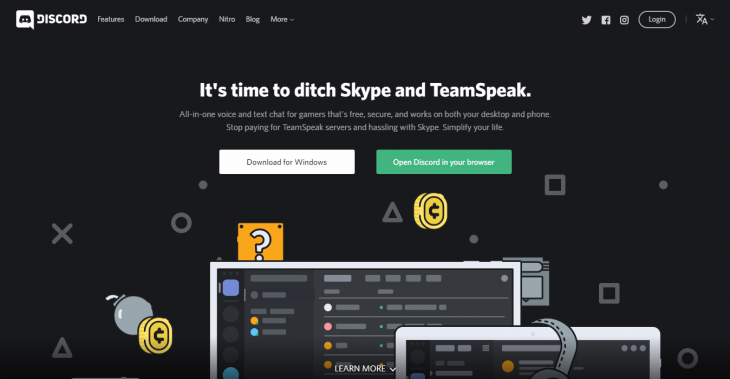