Cities Skylines for Xbox One launches 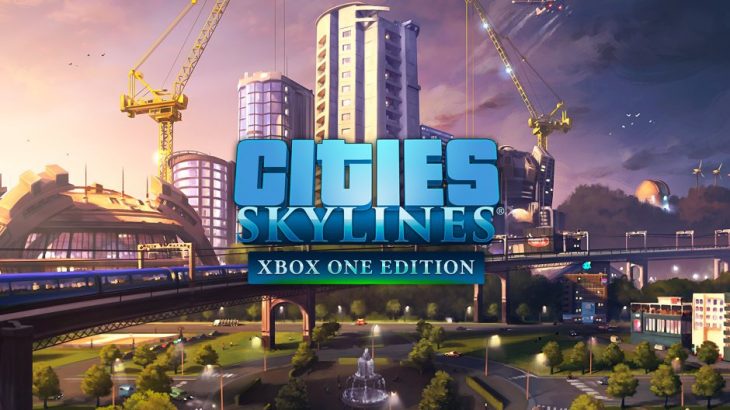 The city builder game developed by Colossal Order and published by Paradox Interactive, Cities Skylines, is now available on console for the first time ever in Cities Skylines Xbox One Edition.

Cities Skylines is a comprehensive city builder game from the creators of Cities in Motion. The game allows players to create their own cities from nothing but road linking to the highway. Cities are built up from small residential pockets with industrial parks scattered around them, to a sprawling metropolis with skyscrapers, parks, business centres, and thousands of people going about their days right before your eyes.

Cities Skylines Xbox One Edition brings this city building experience to console for the first time. Not only that, it brings the game’s first expansion, After Dark, to consoles as well. The expansion adds new events, such as criminals getting transported to prison directly from police stations, and taxis aiding tourists around the city, as well as new buildings and environments. Unfortunately the game does not include the later expansions, Natural Disasters, Snowfall, or Mass Transit, and it isn’t clear if they’ll ever be added.

Cities Skylines launched in 2015, selling more than one million copies in its first month. Many gamers purchased Cities Skylines as an alternative to the latest Sim City game, which restricted players far more than had been anticipated. Cities Skylines was far more open and delivered exactly what players want from a city builder game. Paradox Interactive also opened the game up for modding, and now there are over 100,000 mods available for the game on PC and Mac. There is no confirmation yet again as to whether mods will be brought to the Xbox One Edition of the game, in terms of development it may be easier to include them in future DLC drops.

The controls for Cities Skylines were made for mouse and keyboard, meaning a lot of work has gone into making the Xbox One version as accessible as possible for console gamers with controllers. With that said, many prefer the precision keyboard and mouse offer, and often when developers implement control changes for joypads they restrict the user interface. Hopefully this isn’t the case with the Xbox One edition, it would be a shame for such a well-loved game to be sullied by bad reviews at its debut on console.