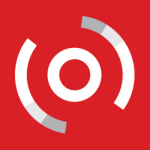 The company was acquired by THQ Nordic Group in February 2019 and in addition to Warner Bros., it is also the official distributor of THQ Nordic Group products, including Koch Media, Deep Silver, Milestone, and other THQ Nordic owned brands.