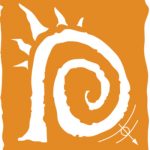 Dhruva Interactive is a developer of video games based in Bangalore, India. It was founded in March 1997 by Rajesh Rao. In December 2016, Swedish developer Starbreeze Studios acquired Dhruva Interactive $8.5 million, then in May 2019 sold it Rockstar Games for $8.9 million.